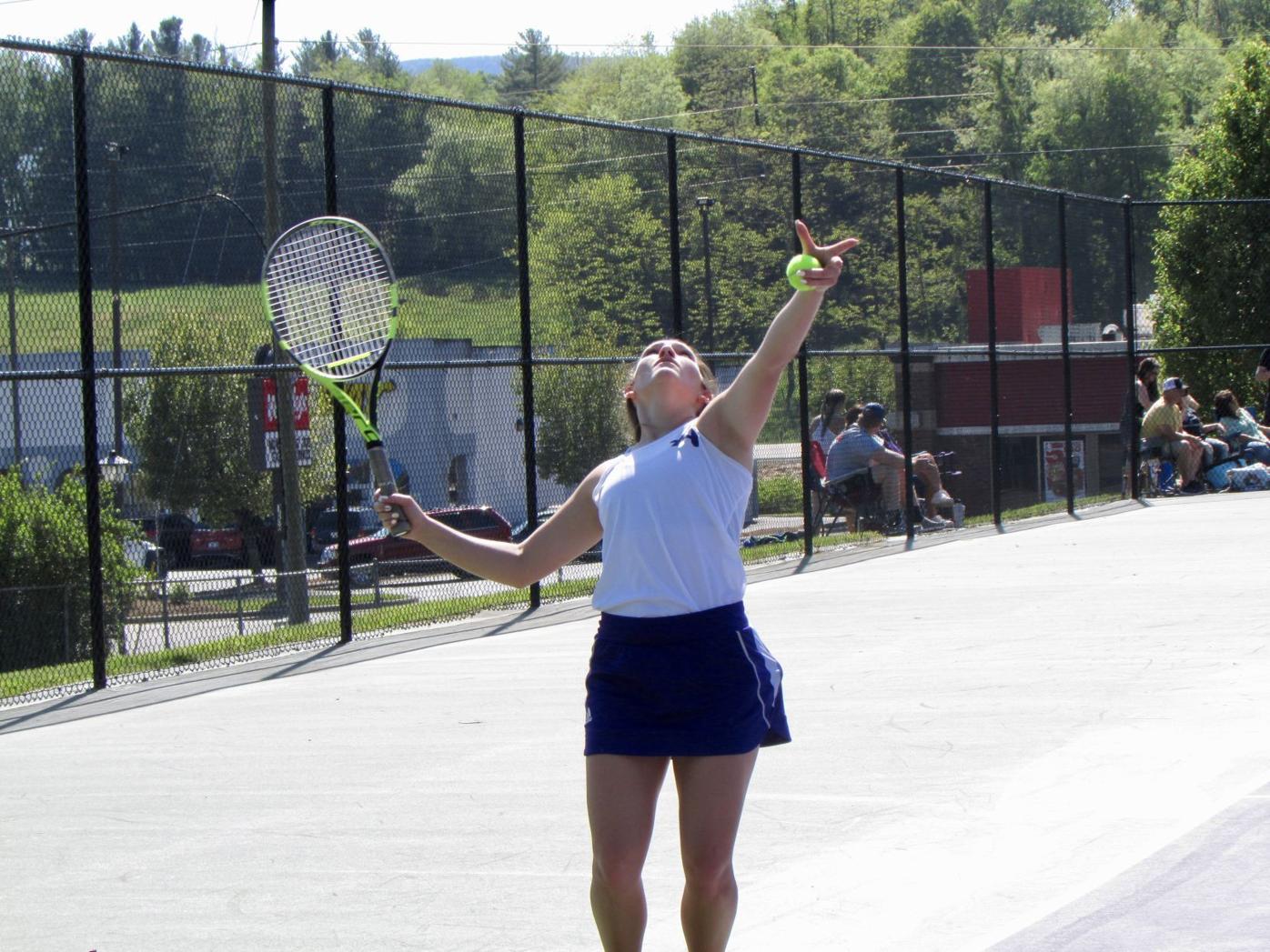 Elizabeth Wallace takes an 8-0 win in her first singles in the double header against Alleghany on May 20. 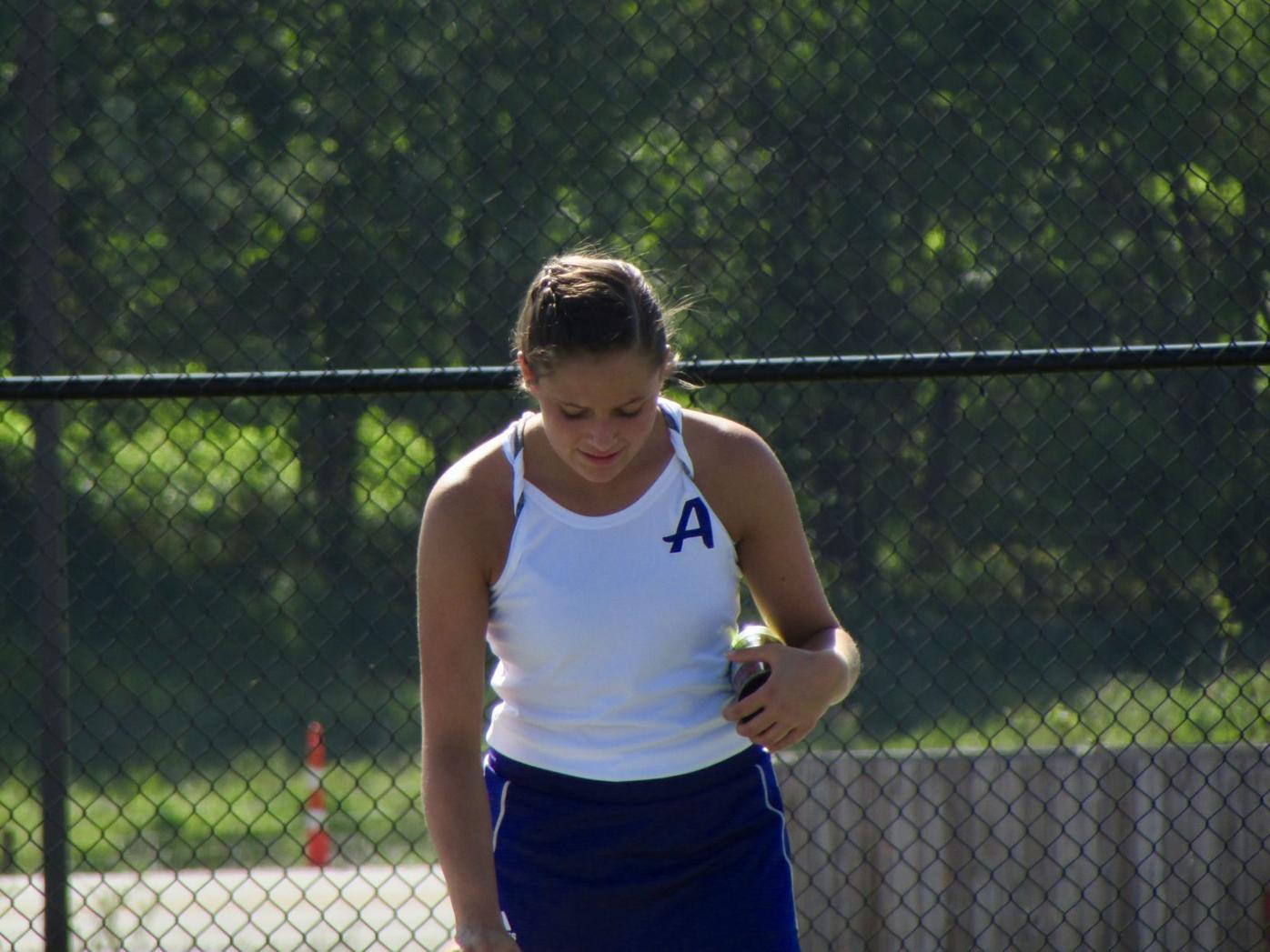 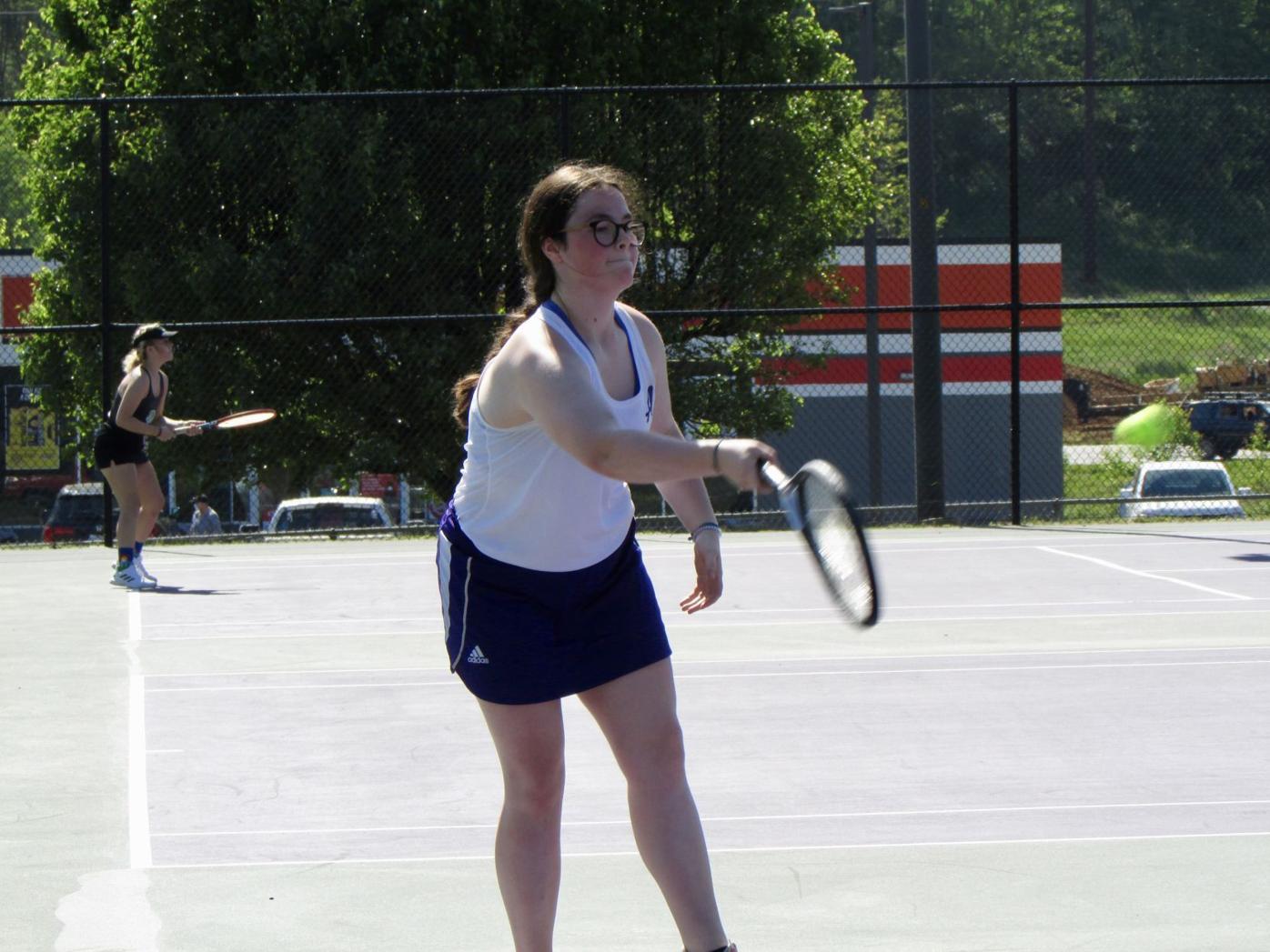 Sebrina Brooks sends a return in her singles match on May 20. 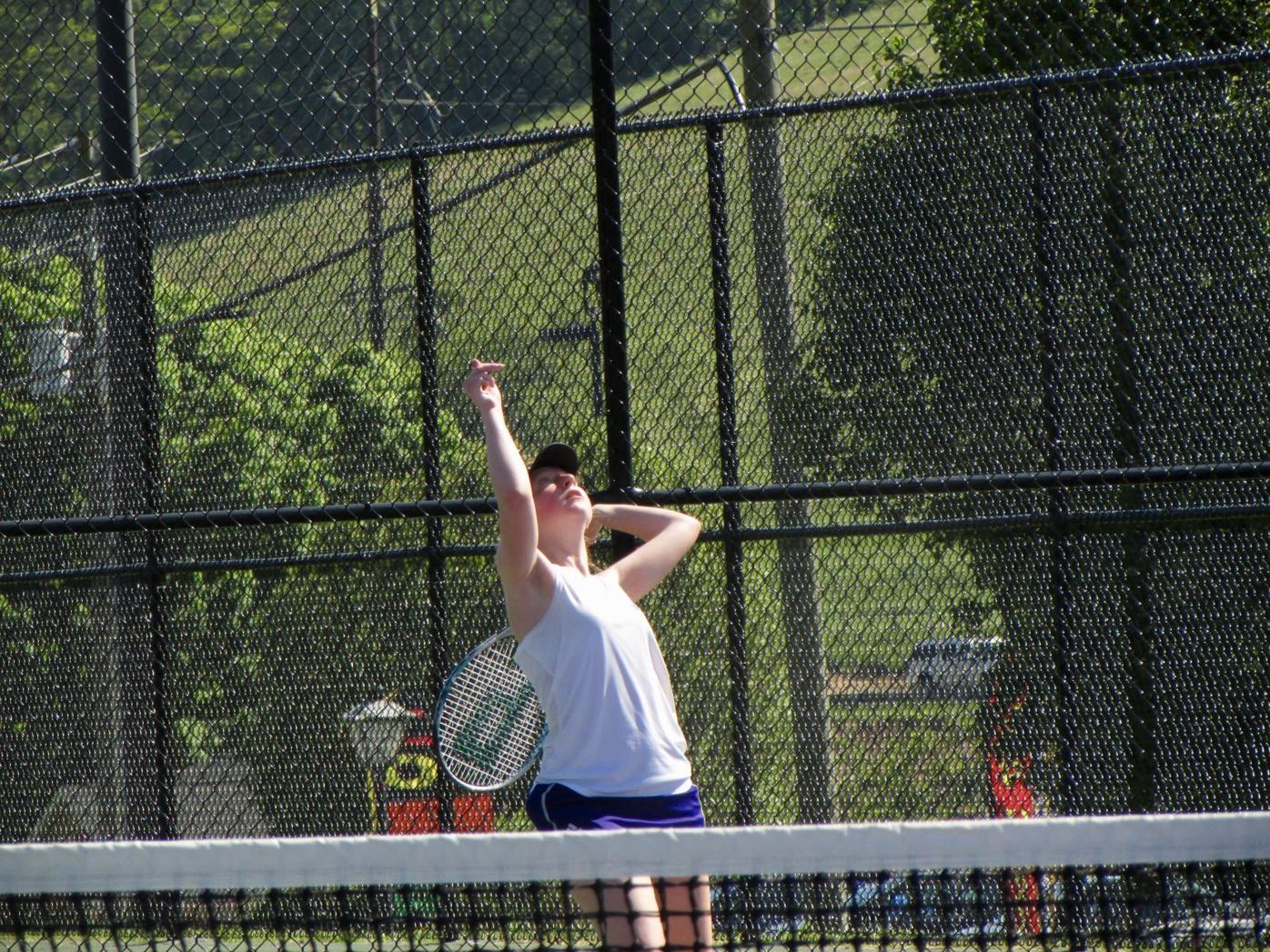 Hannah York sends up a serve in the double header against Alleghany.

Elizabeth Wallace takes an 8-0 win in her first singles in the double header against Alleghany on May 20.

Sebrina Brooks sends a return in her singles match on May 20.

Hannah York sends up a serve in the double header against Alleghany.

WEST JEFFERSON — The girls tennis team at ACHS held a double header against Alleghany on Thursday, May 20 at the Ashe County High School tennis courts, taking a knock-out, 18-0 win.

On the fourth court was Sebrina Brooks against Kasidy Loggins. Loggins put up a fight against the Husky, but Brooks came out 8-0.

Next up was fifth seed senior Leigh McKenzie and Alleghany’s Cindy Lopez. McKenzie took an 8-1 win.

In doubles, the Huskies saw some substitutes for injuries and rest, followed by another round of singles and doubles afterwards.

Wallace and Dollar teamed up against Burgiss and Whitaker. The two seniors battled profusely together and came out 8-0.

McKenzie then subbed in for Rupard and played with Brooks. Alleghany’s Keepfer and Vestal were the opponents. Having this been their first time playing doubles together, the Huskies triumphed 8-2.

Autumn Blackburn and Lauren Edmondson took place of York and McKenzie against Loggins and Lopez. The girls came out victorious 8-3.

The total score for the first match was 9-0.

Wallace then geared up for her second singles match of the day. She followed in her previous footsteps and won 8-0.

Brooks took third seed against Whitaker and once again dominated, 8-0.

In fourth seed was McKenzie and Loggins. McKenzie, much like her first match, took an 8-1 win.

Braylin Miller stepped into fifth seed against Alleghany’s Lopez. After playing once before in a two-hour doubles match, the singles were a walk in the park for Miller who won 8-1.

In the last doubles match of the day, the girls once again remained victorious.

Wallace and Dollar took an 8-1 win against Burgiss and Whitaker, York and McKenzie won 8-0 against Keepfer and Vestal and Julia Herman paired up with Claira Corley to take 8-3 against Loggins and Lopez.

The girls are currently sitting at 7-1 in the MVAC Conference.