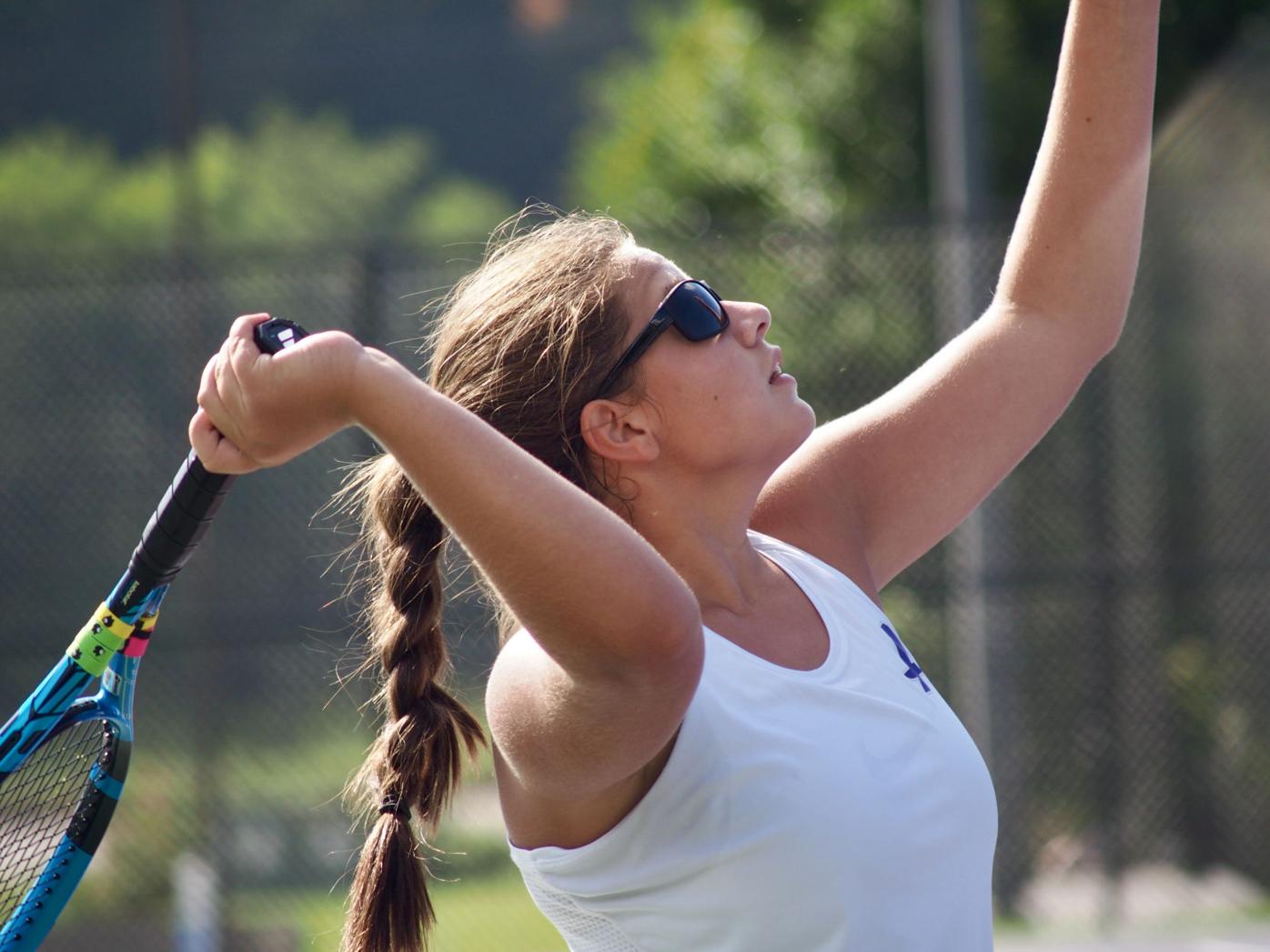 Top seed Julia Herman throws up a serve against her Hibriten opponent on Sept. 8. 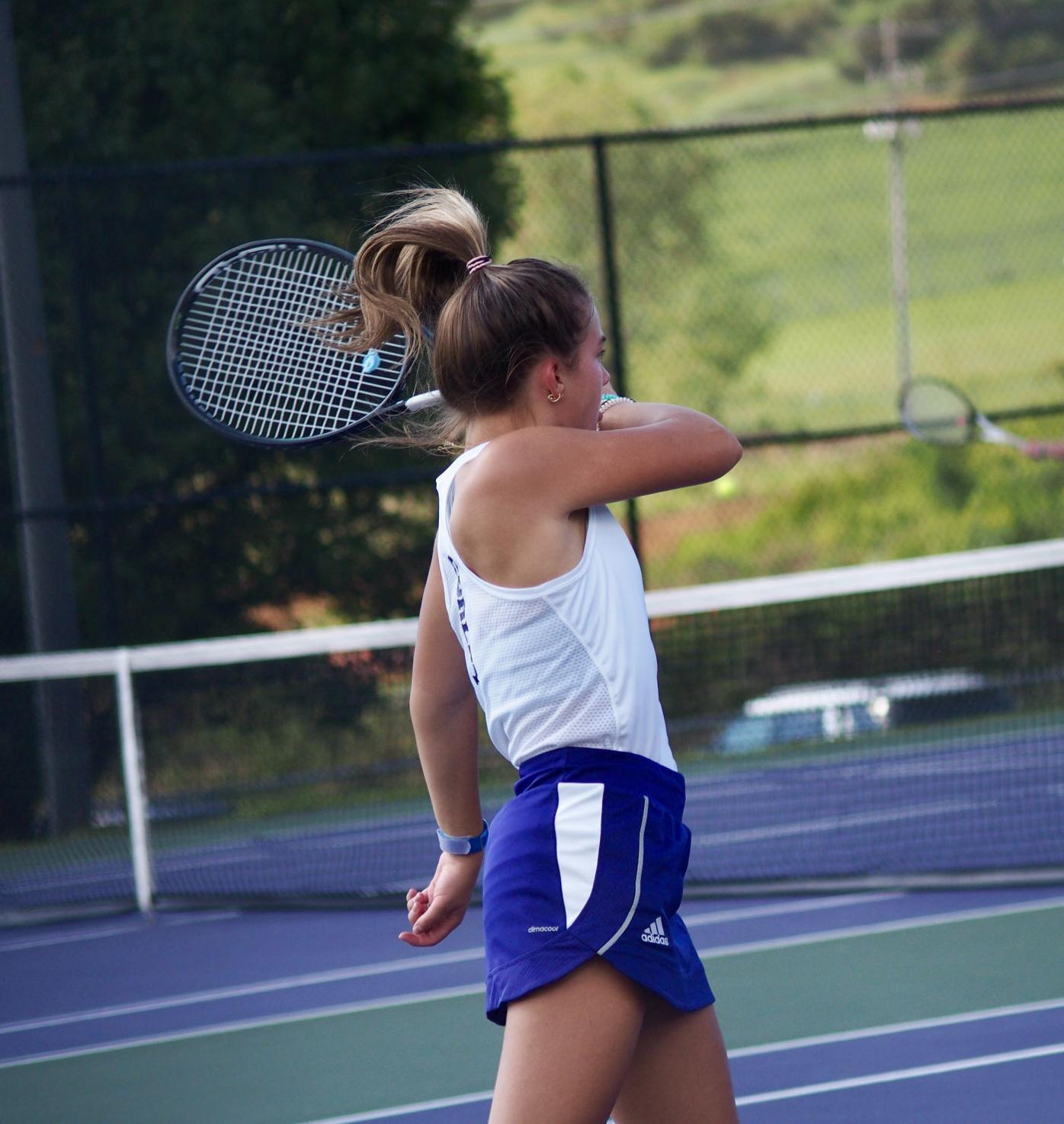 Claira Corley receives a serve on Sept. 8 at the ACHS vs. Hibriten match. 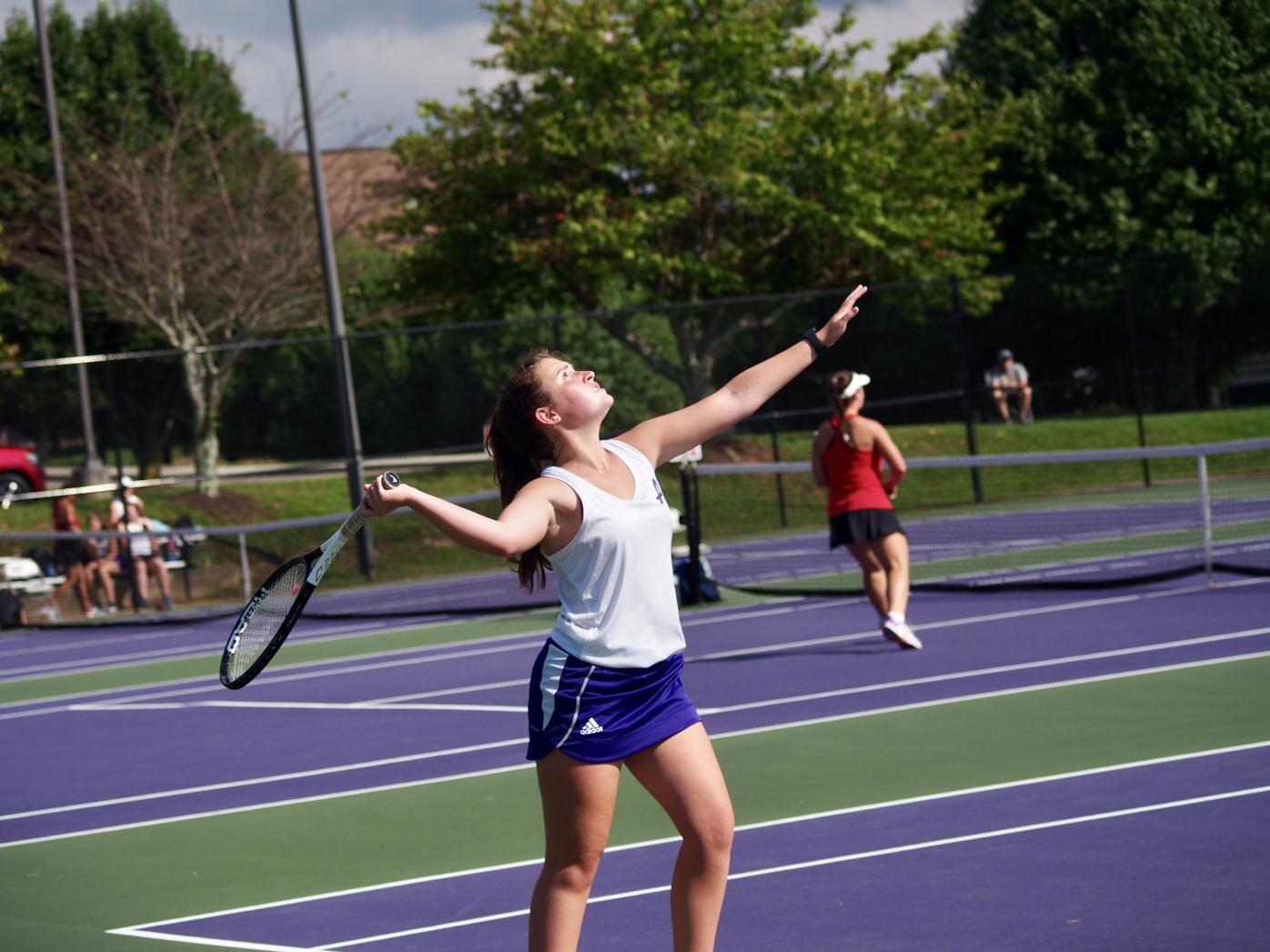 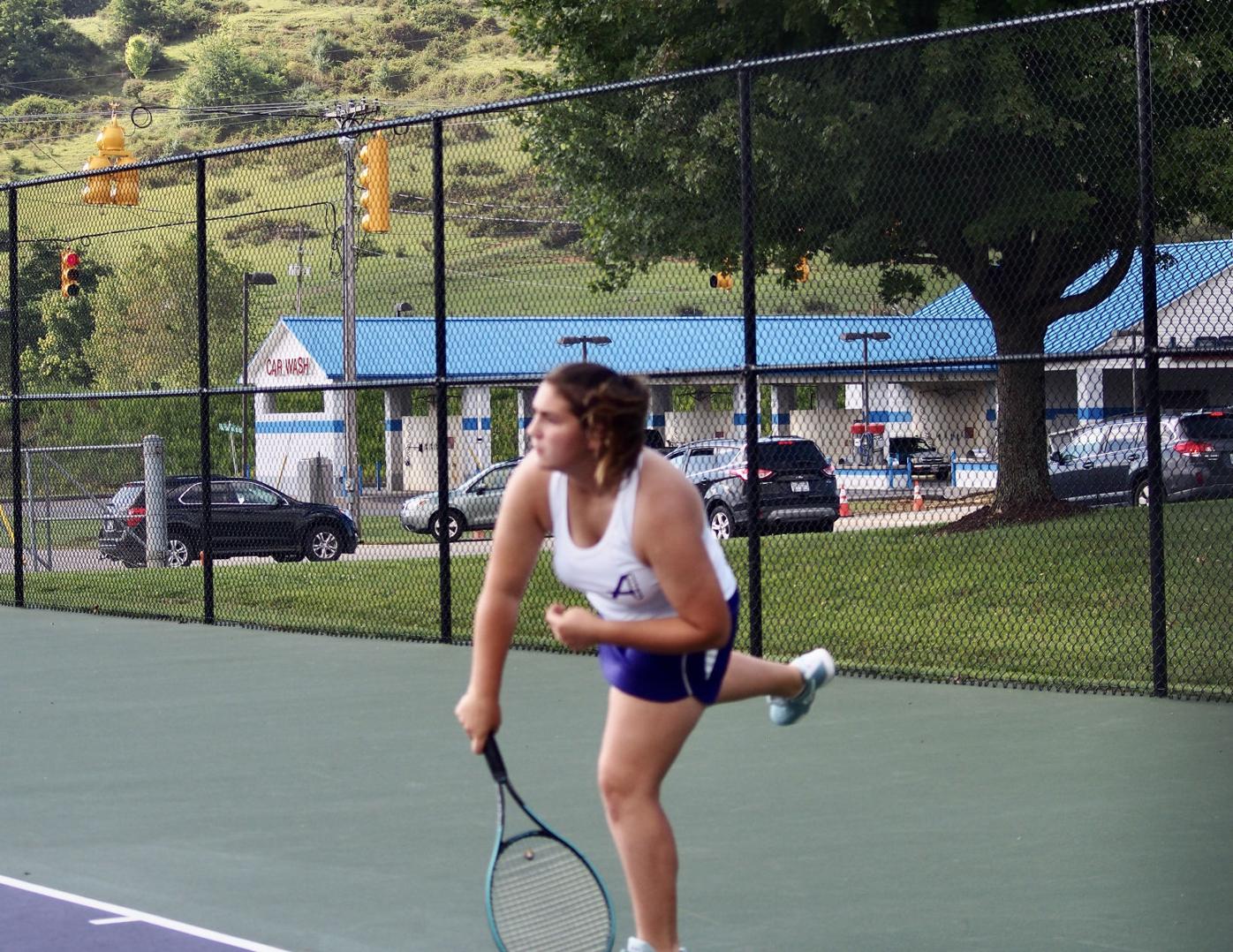 Maleah Lovell sends back the ball to her Hibriten opponent. 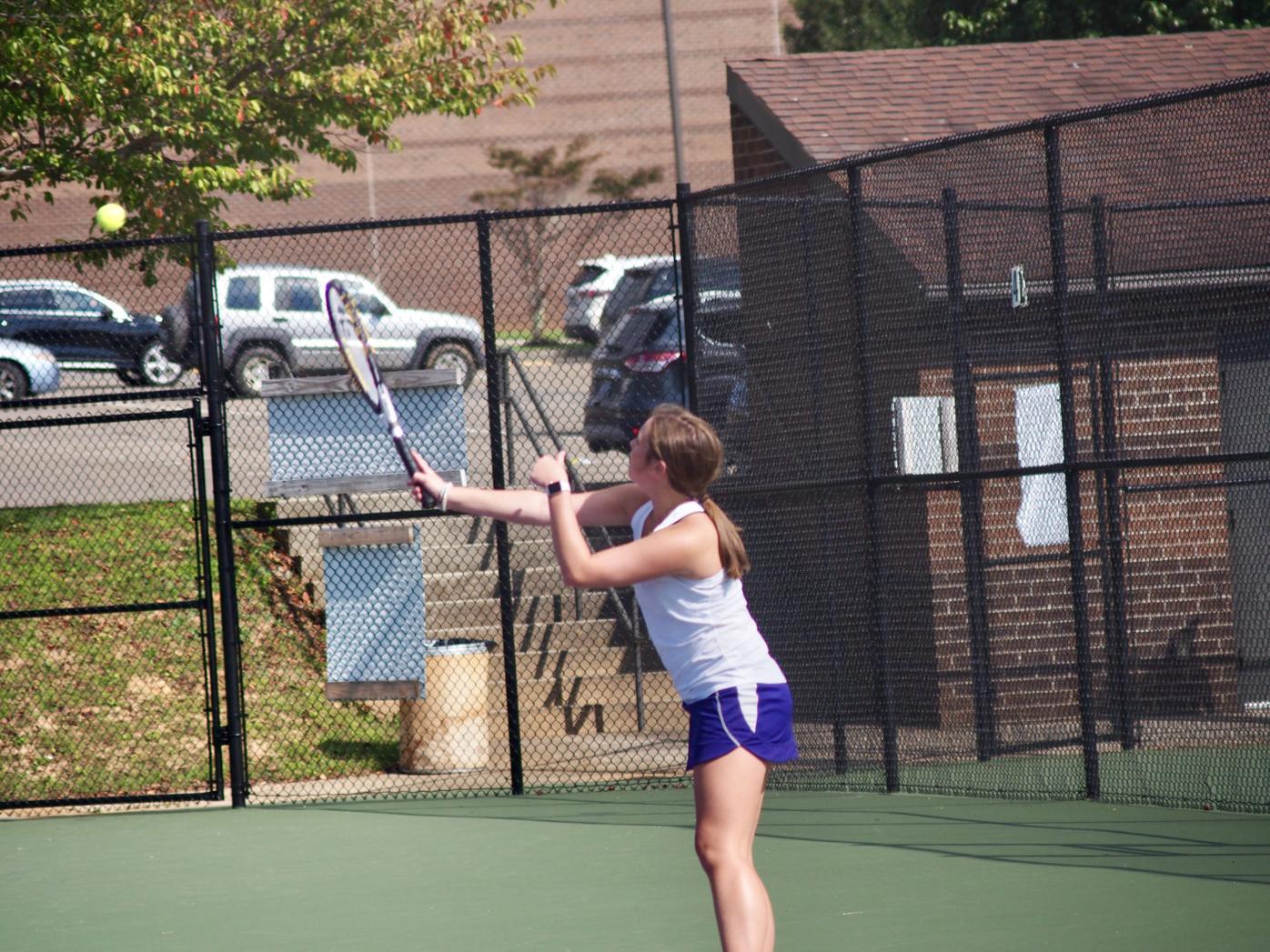 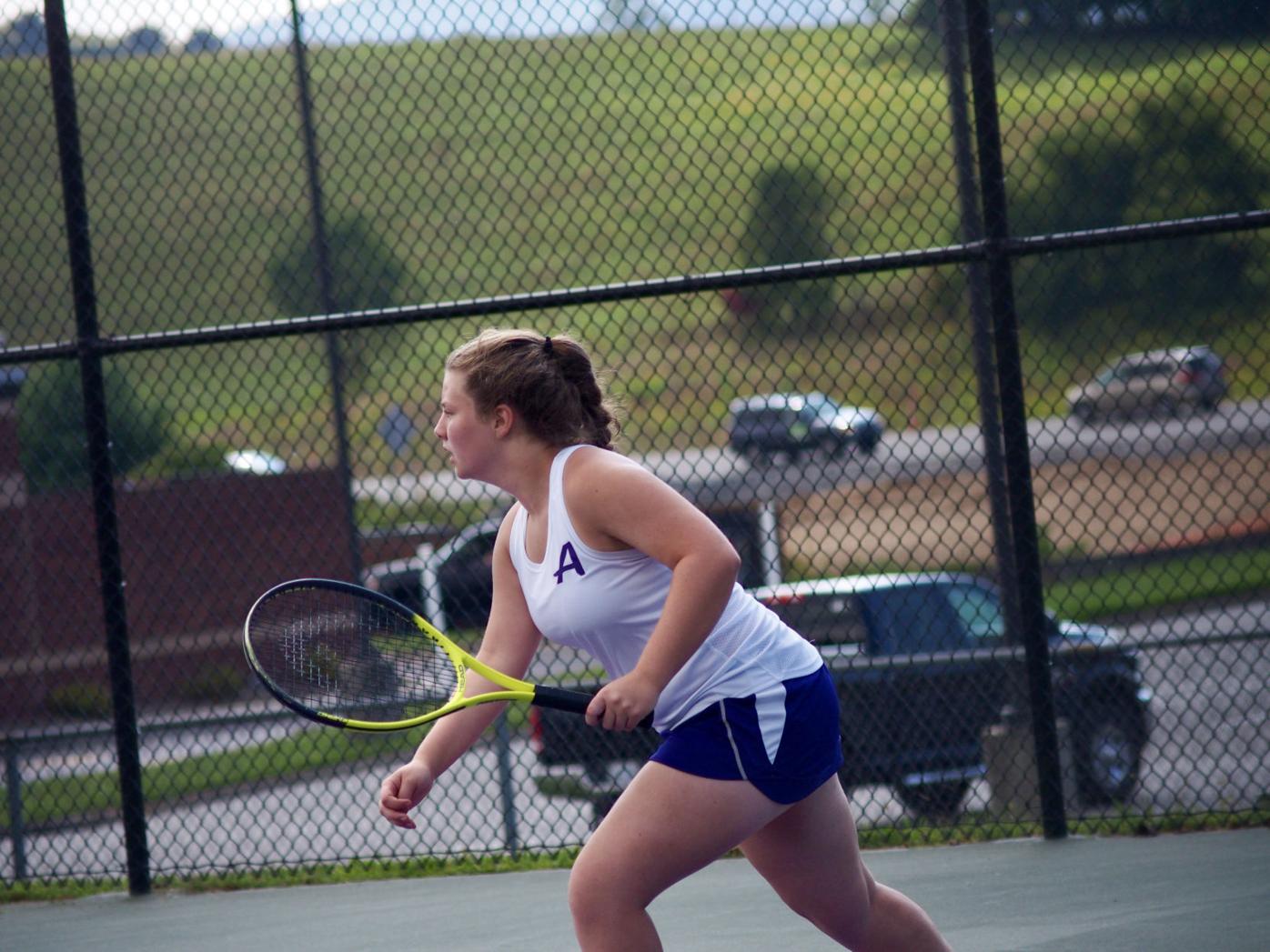 Sixth seed Bailey Richardson squares up for her singles match against Hibriten.

Top seed Julia Herman throws up a serve against her Hibriten opponent on Sept. 8.

Claira Corley receives a serve on Sept. 8 at the ACHS vs. Hibriten match.

Maleah Lovell sends back the ball to her Hibriten opponent.

Sixth seed Bailey Richardson squares up for her singles match against Hibriten.

The match was hosted by ACHS and took place at 4 p.m. and the top six took to the courts to square off against the Hibriten Panthers.

Top seed Julia Herman began her singles match against Panther C. Vaught. While Herman put up a fight in both sets, she ultimately lost the first 6-1 and the second 6-2.

Second seed Claira Corley went up against Hibriten’s K. Andrews and much like Herman, took a loss in both sets, 6-2 and 6-1.

Zada Little represented ACHS as third seed. Her opponent was K. Harper. Harper took advantage in both sets, winning against the Huskies 6-1 and 6-2.

Maleah Lovell, on court four, went up against C. Gardner in singles, making progress in the first set with three points, but falling to defeat. The match ended with 6-3 and 6-1.

Fifth seed Ali Eller showed a strive to win against N. Jones, putting up a fight much like her teammates. Jones’ ambition led her to victory against ACHS, winning 6-2 and 6-3.

In doubles, Herman and Corley teamed up against Vaught and Harper, losing 8-1.

Little and Lovell then played doubles against Andrews and Garnder, also losing 8-1.

To end the match, Eller and Richardson fell to Jones and K. Watt, 8-2.

The girls will continue their journey through the season, firstly on Sept. 13 at Freedom and then Sept. 13 at South Caldwell.