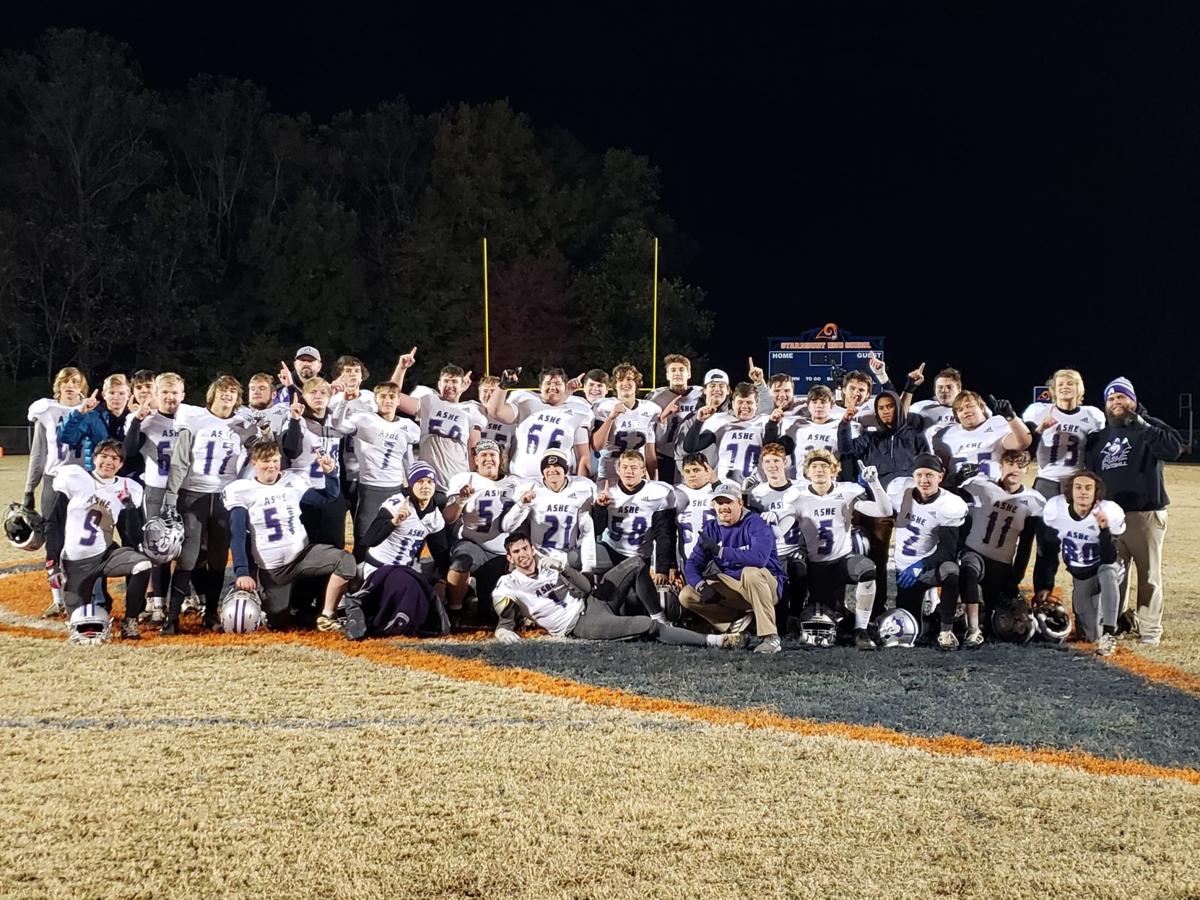 The Ashe County Huskies football team celebrates their MVAC co-champions status after their 52-14 win over the Starmount Rams Friday, Nov. 8. 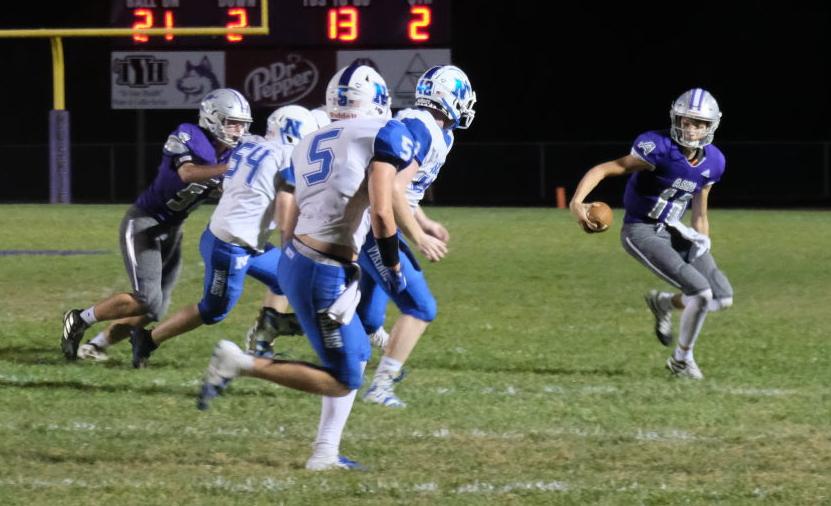 Dawson Cox (16) runs away from the North Wilkes pressure. 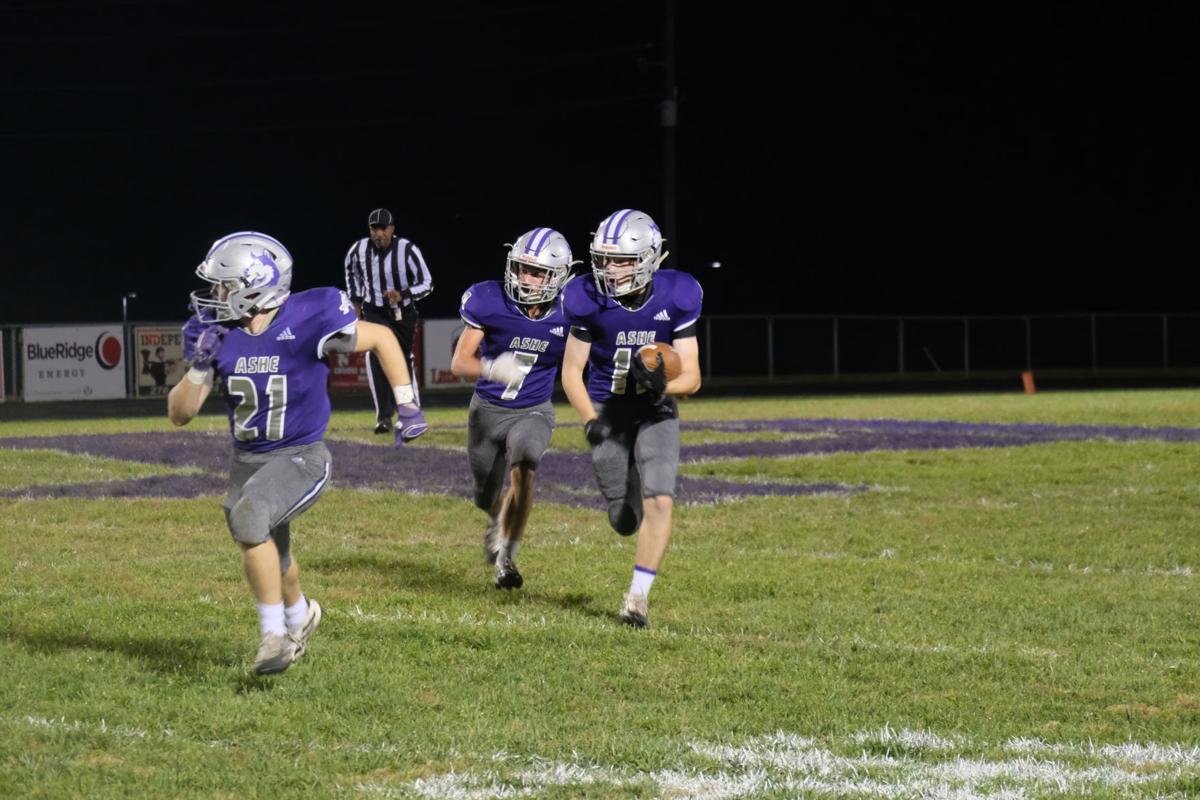 The Ashe County Huskies football team celebrates their MVAC co-champions status after their 52-14 win over the Starmount Rams Friday, Nov. 8.

Dawson Cox (16) runs away from the North Wilkes pressure.

WEST JEFFERSON — No two high school football teams are the same, whether it’s different schools or the same school in back-to-back years. The 2019 Ashe County Huskies football team is unique according to head coach Brian Hampton, and the season had many twists and turns before ending Nov. 15.

“It breaks my heart to know that we’ll never have that team together again,” Hampton said. “But it’s that way every year, once the season ends that team’s never together again on the field.”

A 7-5 record, going 6-1 in the conference, a conference co-championship and a trip to the playoffs, something that is quickly becoming old-hat for the Huskies. Hampton said the season was a good one, but the team cannot rest on their laurels and must continue to push for better and better years.

One thing that stood out about the team was the lack of seniors, only having four in total. Hampton said small classes such as 2019’s happen every few years, and it was something the coaching staff had an eye on since the class started playing. Colby Baldwin, Drake Elliott, Boen Crouse and Issac Miller were a far cry from the team’s 17 seniors in 2018, but made an impact by playing multiple positions and nearly every game.

A key word for the season can simply be, “injuries.” Oct. 4’s game against Elkin saw the team lose bellcow back Timothy Peterson for the season, while Kaden Burgess and Keenan Witherspoon were also struck by the injury bug. Hampton said the injuries could have been devastating to the season, but players stepped up along the way.

Crouse became the lead tailback, picking up 707 yards and 11 touchdowns. With Burgess and Witherspoon out and Austin Poe dealing with nagging injuries during the season, Thomas Ballard and J.J. Mannan stepped up to fill the void. Hampton said the attitude from his players was always, “What do we have to do now? Let’s go.” None of them shrunk away from contributing beyond their expected roles.

Another player stepping into a new role was quarterback Dawson Cox. Stepping into the starting lineup following the departure of Luke Hudler, Hampton had faith in Cox going into the year, and was happy with how he played in his first year as a starter.

“Dawson grew as the year went along,” Hampton said. “The great thing about Dawson and that whole junior class is they’ve been running this offense since they were in the eighth grade.”

Cox’s first year as starter saw him complete 59 percent of his passes for 3,479 yards, 36 touchdowns and 16 interceptions, leading North Carolina’s 2A division in yards and touchdowns. With Ashe’s air-raid offense, the team placed five players, Poe, Crouse, Ballard, Witherspoon and Mannan, in the top-10 for MVAC receiving yards.

“I think this is one of the most satisfying seasons I’ve ever been a part of,” Hampton said. “Basically because of where they started, and where they finished.”

Hampton said there was still disappointment in how the season ended, with West Lincoln (9-3, 4-3 SFAC) playing their best while the Huskies struggled with an unfavorable matchup. However, the team now looks to have its three top offensive weapons coming back healthy for one more year, and more consistency on either side of the ball.