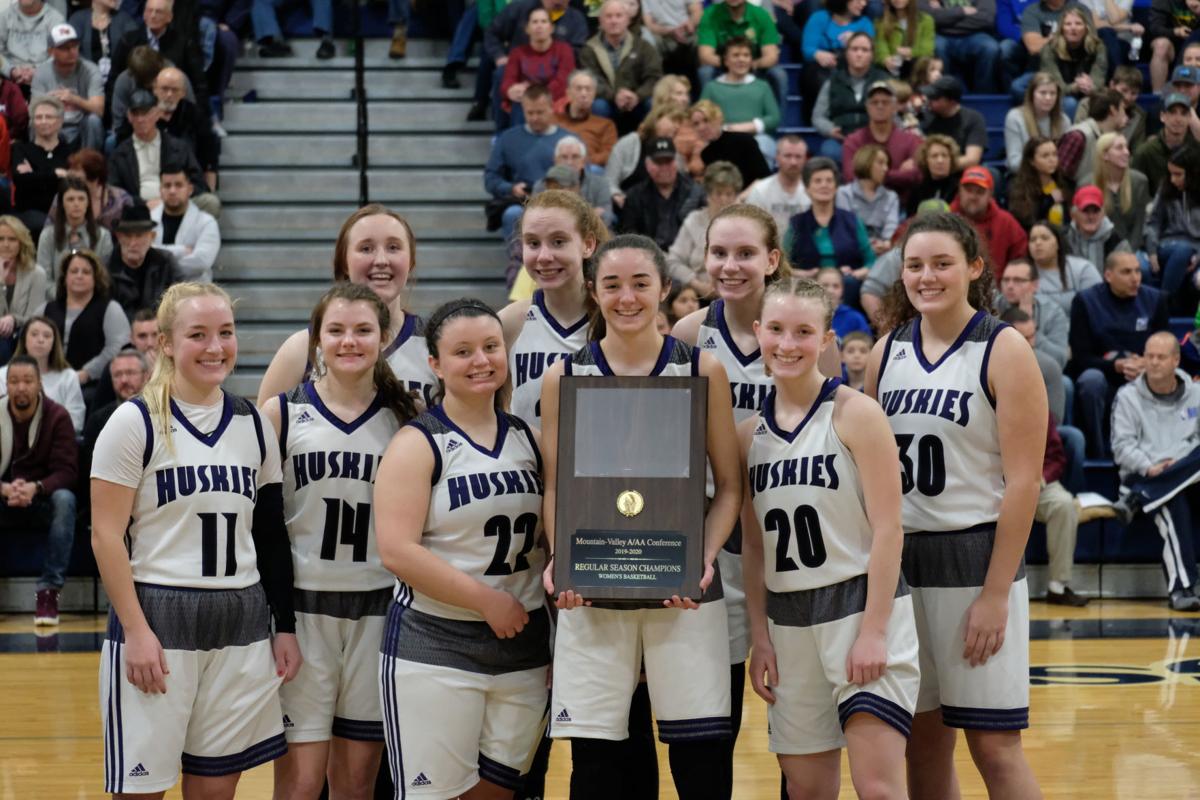 The Ashe County Huskies were named regular season champions after their loss in the MVAC title game Friday, Feb. 21. 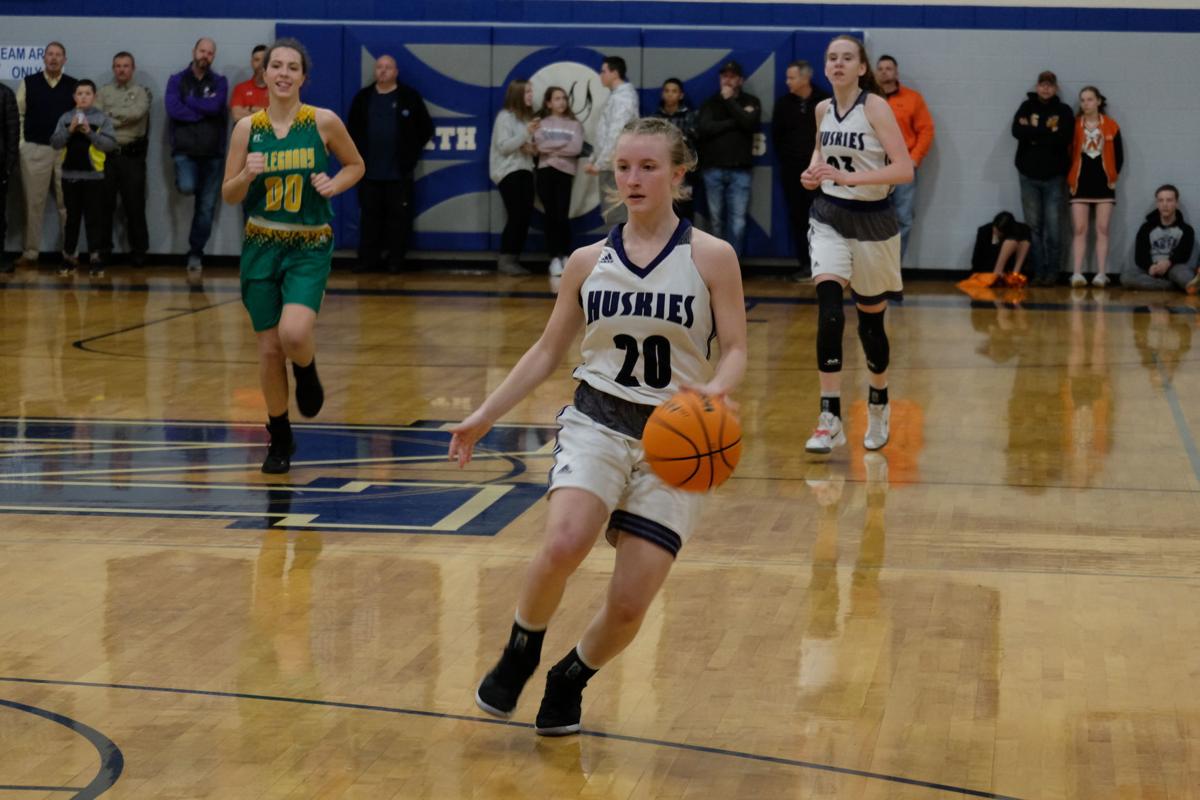 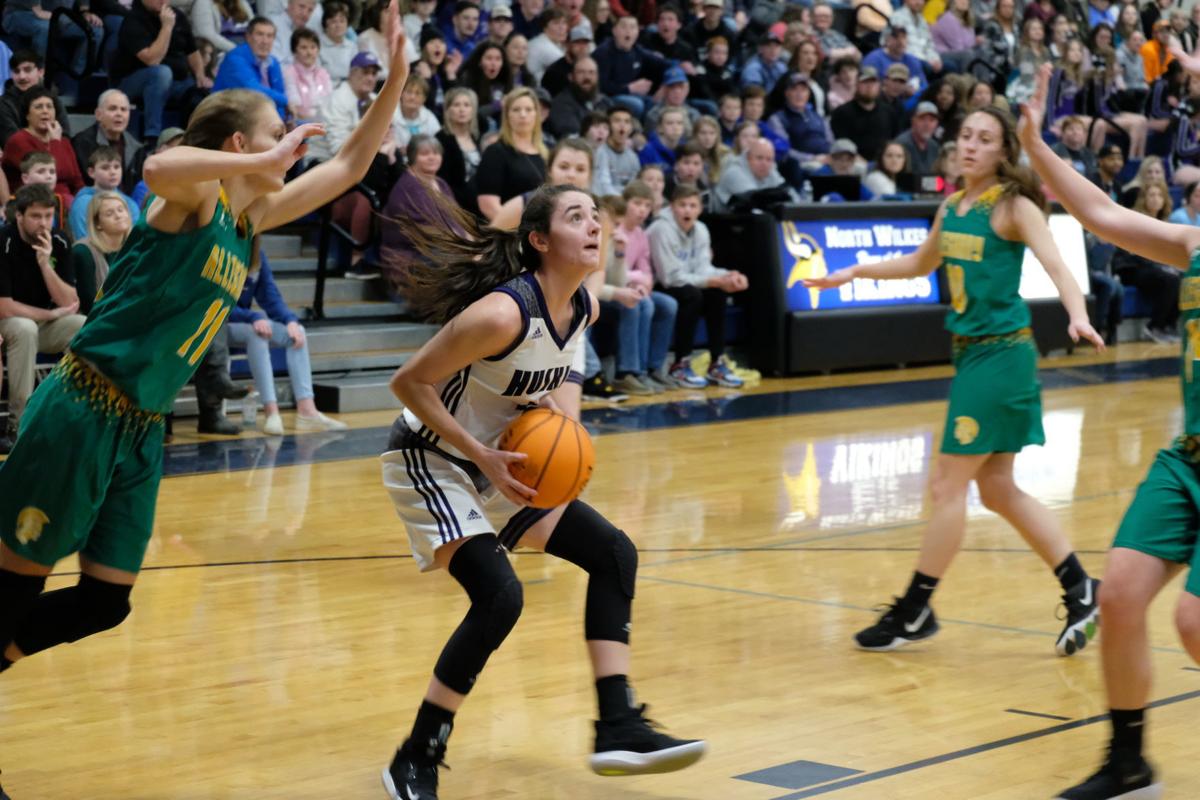 Hallie Treva (24) looks for a shot while the Alleghany defense closes in Friday, Feb. 21. 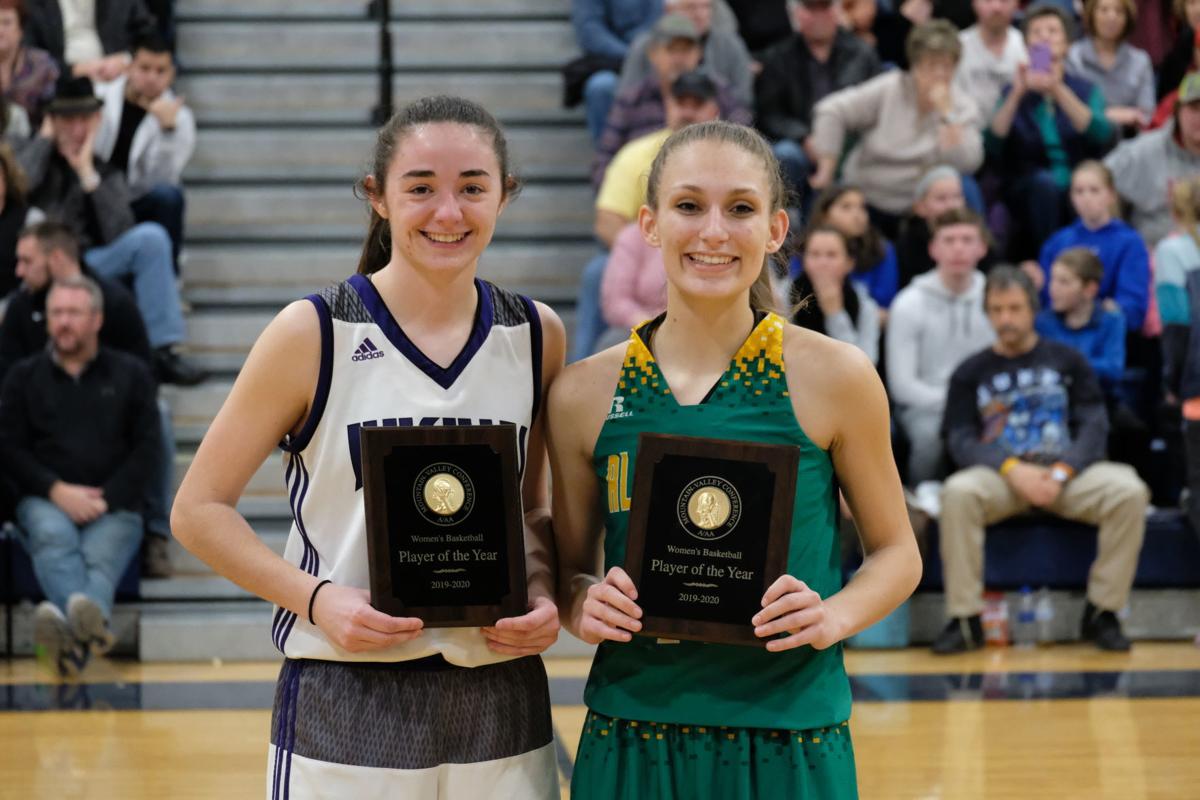 Hallie Treva was named MVAC Co-Player of the Year alongside Alleghany’s Abigail Keesling.

The Ashe County Huskies were named regular season champions after their loss in the MVAC title game Friday, Feb. 21.

Hallie Treva (24) looks for a shot while the Alleghany defense closes in Friday, Feb. 21.

Hallie Treva was named MVAC Co-Player of the Year alongside Alleghany’s Abigail Keesling.

The Huskies found themselves in a conference title game for the first time since 2011, previously unable to get past the second round. The game was originally scheduled for the night before, but inclement weather concerns forced the postponement.

The Trojans played a tight defense, holding Ashe to little to nothing for much of the first quarter. For most of the quarter, the Huskies had only a single point, courtesy of a Kenadie Hudler free throw. The low scoring period was capped by Ashe forward Jayden Jones grabbing the lead with a close ranged effort, as the Huskies led 7-6.

The Huskies built a lead, but the Trojans quickly broke it down with a pair of threes to make it 12-11 after four minutes. Still a defensive slog, Ash had a narrow, one-point lead with seconds left. Huskies forward Jordan Jones grabbed a last-second bucket as the buzzer rang to make it an 18-15 Huskies lead at the half.

The Trojans came out of halftime on a mission by scoring 11 unanswered points in just under five minutes, including two from a technical foul on Huskies wing Hallie Treva. The Huskies fought and clawed their way back, but were unable to close the gap completely. Like her sister before her, Jayden Jones made a buzzer beater to close the gap to a 28-24 Alleghany lead.

The Huskies struggled for much of the fourth to get within striking distance of a lead, not getting their shots to fall. An and-one from Jordan Jones with just over one minute left cut the Trojans lead to three. However, Treva and Hudler both fouled out in the fourth, and the Huskies could not get the final push for the title.

“I couldn’t be any more proud of the heart and effort that these girls gave tonight,” head coach Brianna Ashley said. “They left it all on the court. Some games your shots fall and some nights they don’t, and tonight our shots were not falling.”

Ashley also noted the team’s inefficiency from the foul line, shooting well below their usual clip of 80 percent.

Treva was named MVAC Co-Player of the Year alongside Alleghany’s Abigail Keesling, and Treva and Jayden Jones made the team of the tournament. As a team, the Huskies were honored for being regular season champions.

The Huskies now look to the NCHSAA 2A State playoffs, where they are an eight-seed in the West and will host the North Wilkes Vikings (16-11) Tuesday, Fab. 25 in the first round.