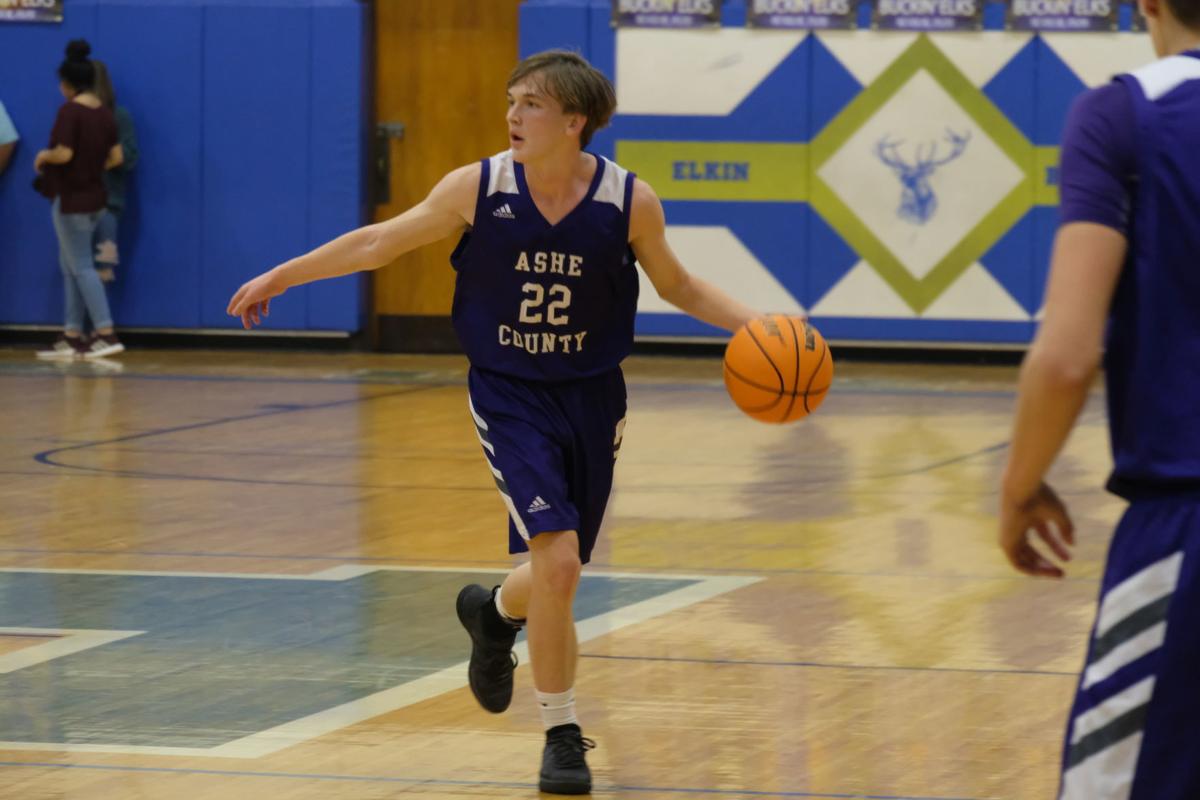 Guard Tatum Brown (22) lead the offense while Nate Lee was out against Elkin Friday, Jan. 10. 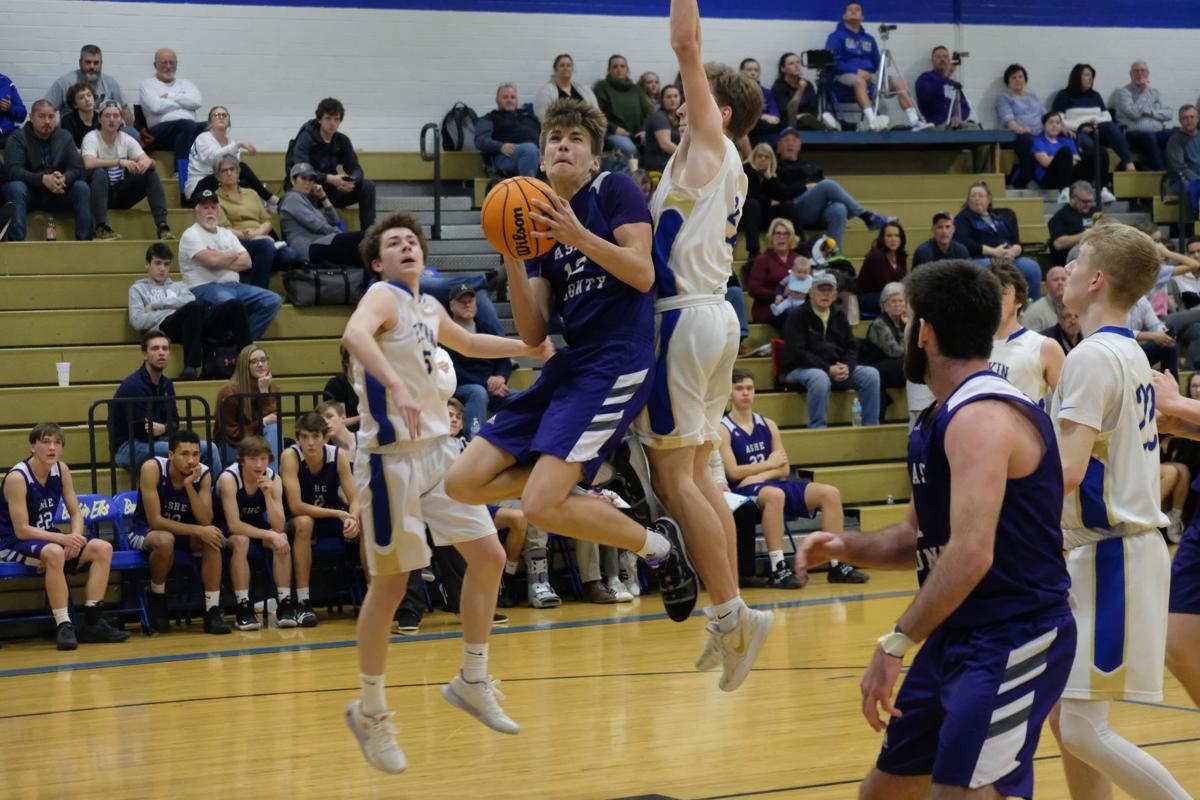 Dawson Cox (12) fights through contact on a shot attempt against Elkin Friday, Jan. 10.

Guard Tatum Brown (22) lead the offense while Nate Lee was out against Elkin Friday, Jan. 10.

Dawson Cox (12) fights through contact on a shot attempt against Elkin Friday, Jan. 10.

ELKIN — With the Ashe County Huskies entering a stretch of six games in only two weeks, head coach Nathan Colvard did not want a start with a 53-47 loss to the Elkin Elks (4-8) on the road Friday, Jan. 10.

Without starting point guard Nate Lee, who was out sick according to Colvard, junior Tatum Brown was handed the reigns of the Huskies’ (3-8) offense.

Ashe’s Dawson Cox started the game off by scoring the Huskies’ first five points on his own, but his hot start would eventually cool to a 17 percent shooting night. Buoyed by the forward’s early success, the Huskies grabbed a 13-11 lead after one quarter, but Elkin’s Trevin Upchurch did away with that nearly on his own.

As the Elks attempted to pull away, Upchurch scored eight unanswered points, while the Huskies struggled to get their shots to fall, leading to a 29-17 deficit at the half.

Carrying the momentum, the Elks pushed their lead farther, kicking it off with an 8-0 run to start the half. Not helping the Huskies was their struggles from beyond the arc, going 3-for-15 in the game on three-point attempts.

Entering the fourth quarter down 42-28, the Huskies rebounded for a comeback attempt. Lead by Austin Poe’s 21 points, the Huskies got within 10 after a pair of free throws from Brown as they tried to close the gap.

Despite their best efforts, the Huskies could not get over their mid-game struggles, falling 53-47 in the end.

Colvard said after the game that turnovers ultimately did the Huskies in, especially the ones that were unforced.

“While we showed a lot of heart, a lot of effort, we waited too long to try and start playing,” Colvard said.

The Huskies then headed home for a match-up with the Alleghany Trojans (5-8) Monday, Jan. 13.