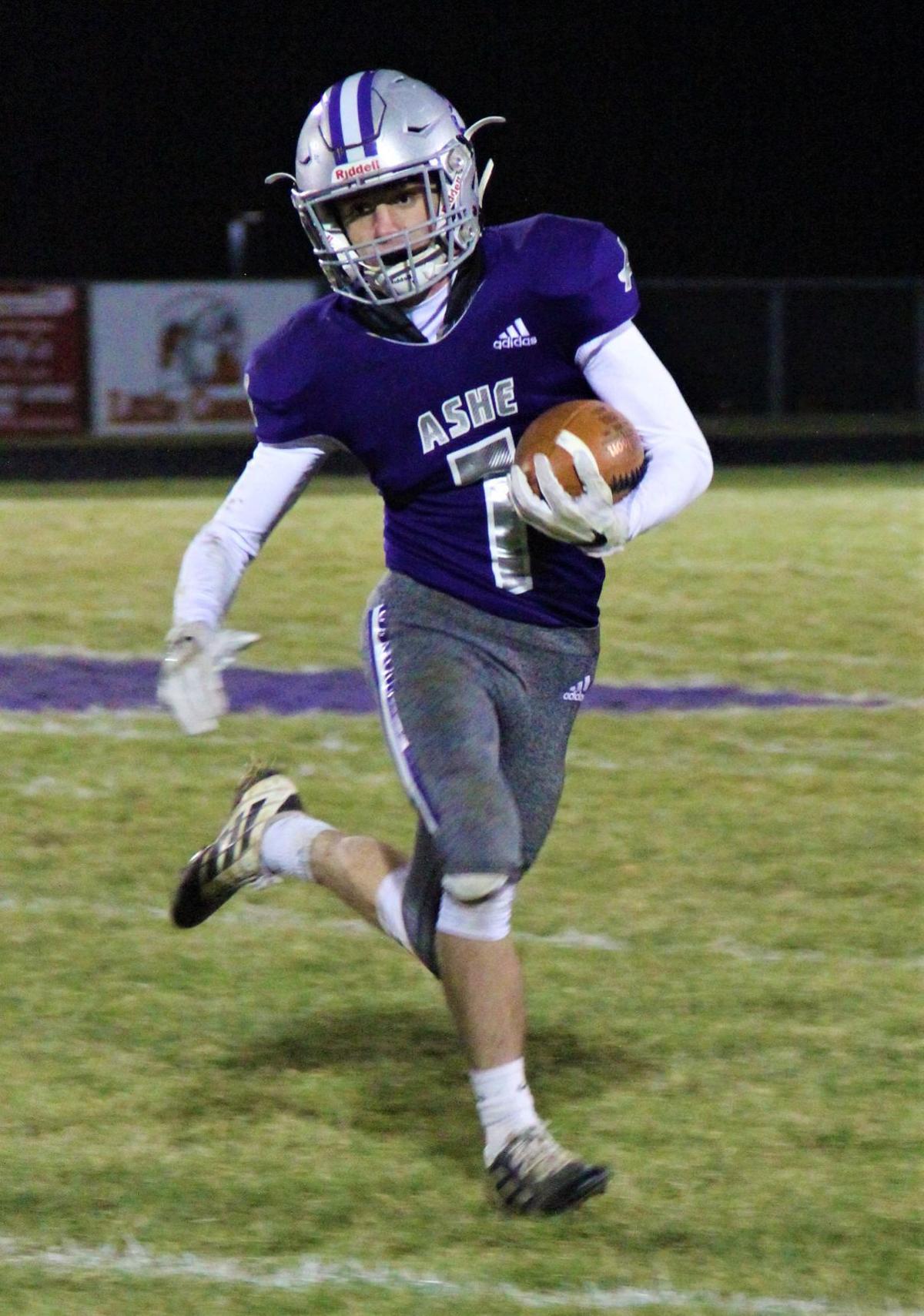 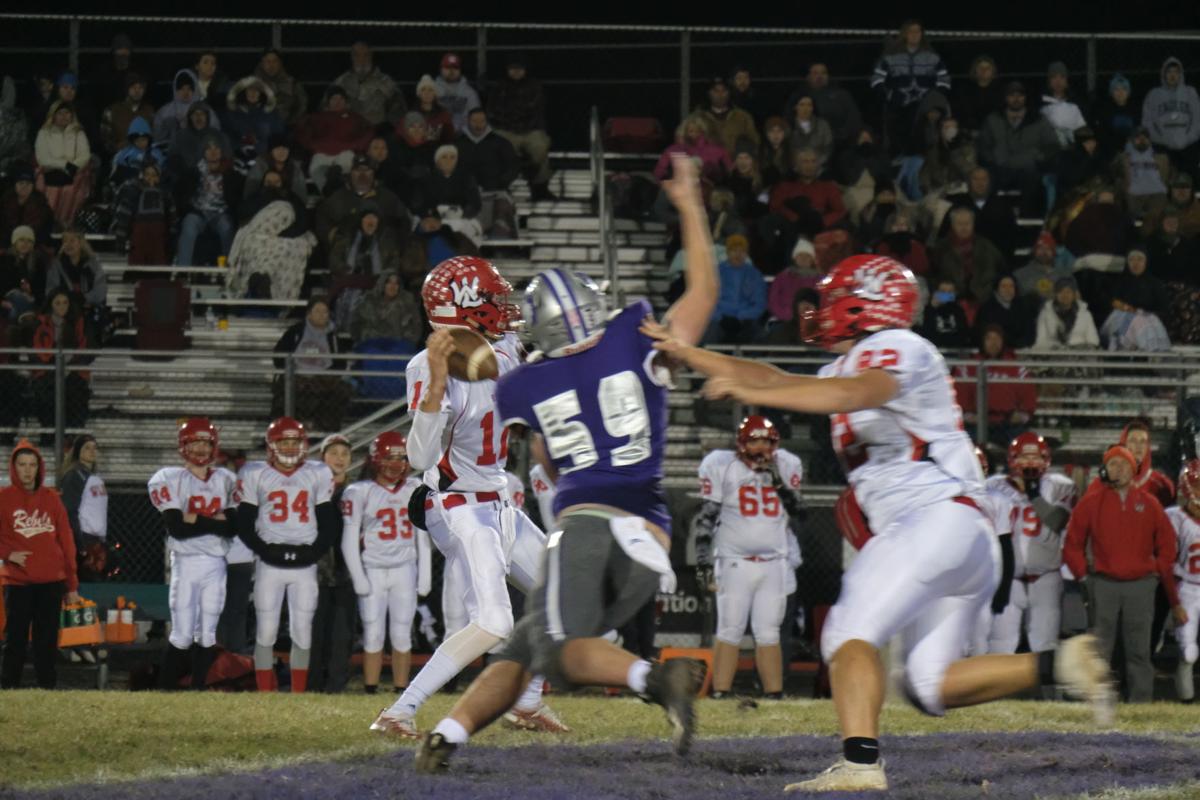 Jackson Krider (59) gets pressure in the Huskies’ loss to West Lincoln Friday, Nov. 15. 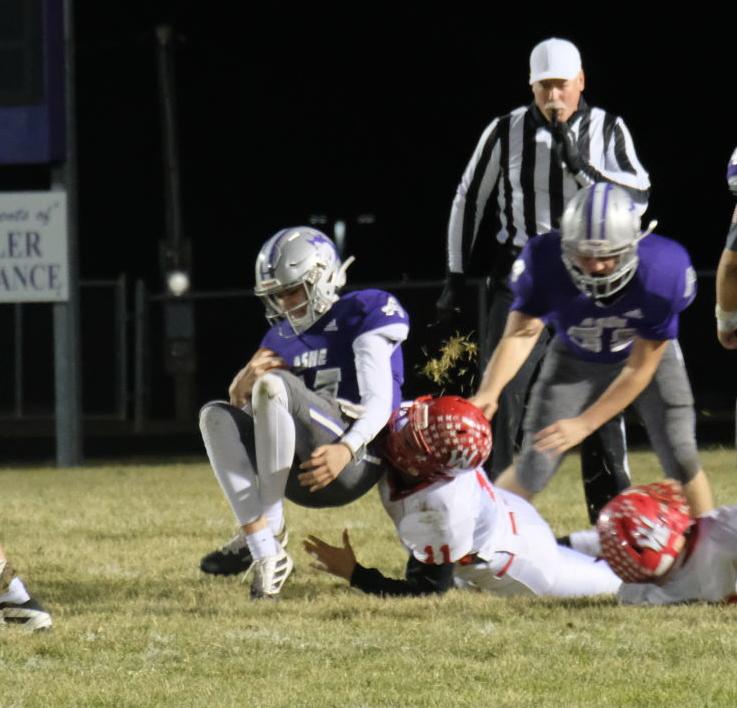 Jackson Krider (59) gets pressure in the Huskies’ loss to West Lincoln Friday, Nov. 15.

The Huskies looked to set themselves up early for a home win, driving down the field with ease on the game’s opener. A lost fumble in the redzone ended the drive, while also foreshadowing the other three turnovers the Huskies had in the game.

West Lincoln knew their game plan was to run the ball, and run the ball they did. Senior bellcow Cannon Bridges blew through the Huskies with every carry, finishing the game with 253 yards and three touchdowns on 25 attempts. His first score came on their first drive, grabbing a 6-0 lead.

Ashe’s second drive ended with quarterback Dawson Cox throwing his first interception of the night. Cox was under pressure during the throw, symptomatic of the five sacks he endured in the game. Bridges answered with his second rushing td of the night, which was followed by a good two-point conversion for a 14-0 Rebels lead.

Shortly after, West Lincoln’s Xander Pendergrass got in on the fun, breaking free for a 41-yard touchdown run. The score made it a 21-0 Rebels lead at the end of the first quarter. The Huskies’ first drive of the second quarter ended with another interception by Cox. He was picked off by a full-speed Dylan Beam, who took it back 55 yards for a pick-six and a 28-0 lead. Ashe responded with another three-and-out as nothing continued to go their way.

With their last gasp of the first half, Cox threw his final interception of the night to Hunter Leonhardt, as the game went into the break with West Lincoln comfortably at 28-0.

The Rebels’ scoring started to slow down as they began to sit players in the second half, but they started it with Prendergrass taking the opening kickoff 75 yards for another score. The Huskies’ struggles continued, barely able to pick up yardage and being unable to score.

Meanwhile, Bridges picked up his third and final rushing touchdown, setting the scoreline at 41-0, where it would stay until the fourth quarter.

The Rebels’ final score came from quarterback Mason Huitt, who in the game only attempted four passes and one carry. He made the most of the lone carry however, taking it 45 yards for a touchdown and the 48-0 lead.

Late in garbage time, the Huskies were able to put some points on the board, with Cox finding Jacob Miller for Ashe’s lone score of the 48-6 night.

After the game, head coach Brian Hampton said nothing went the Huskies’ way. The team only finished with 216 yards on offense, only five coming on the ground.

“We were not as prepared as I think we could have been,” Hampton said. “I thought the weather could be a help this week but it hurt us. It really hurt us Tuesday, not being able to get a full team here and getting real work done.”

With the season over, Hampton said all that is left is to look ahead to next year, and get back to work in the spring.