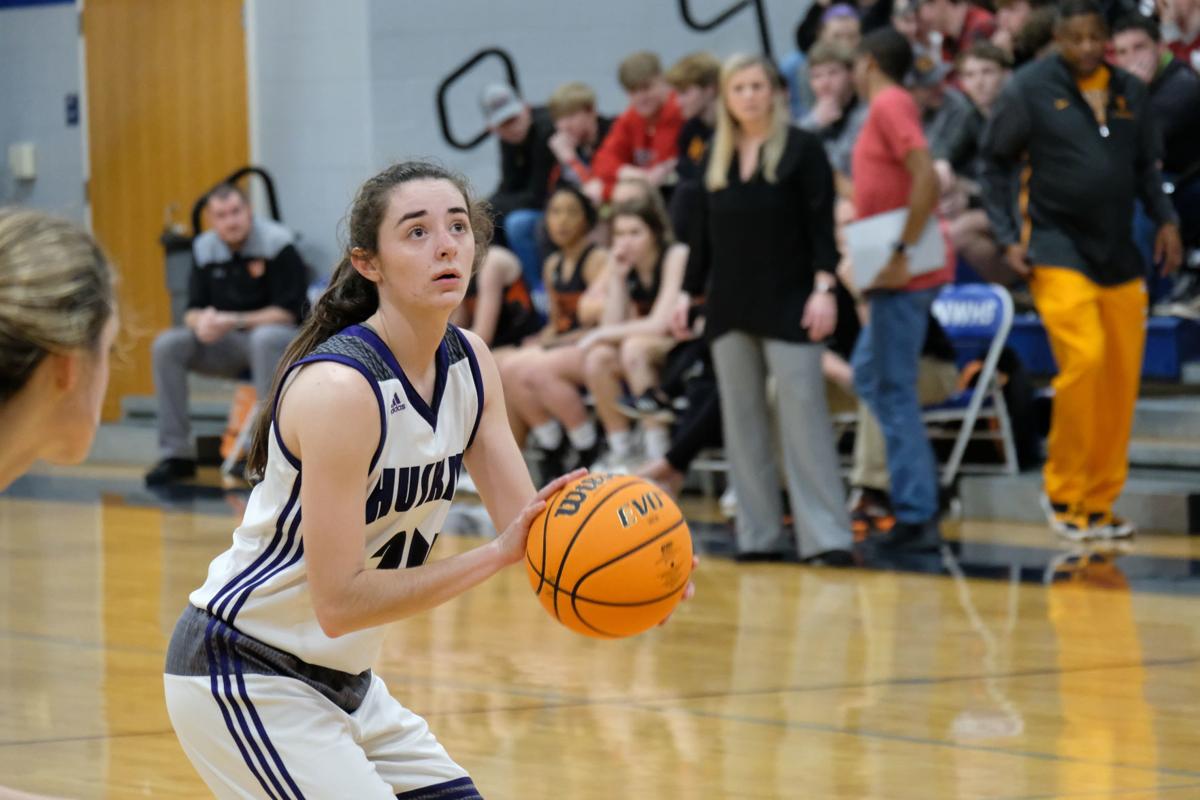 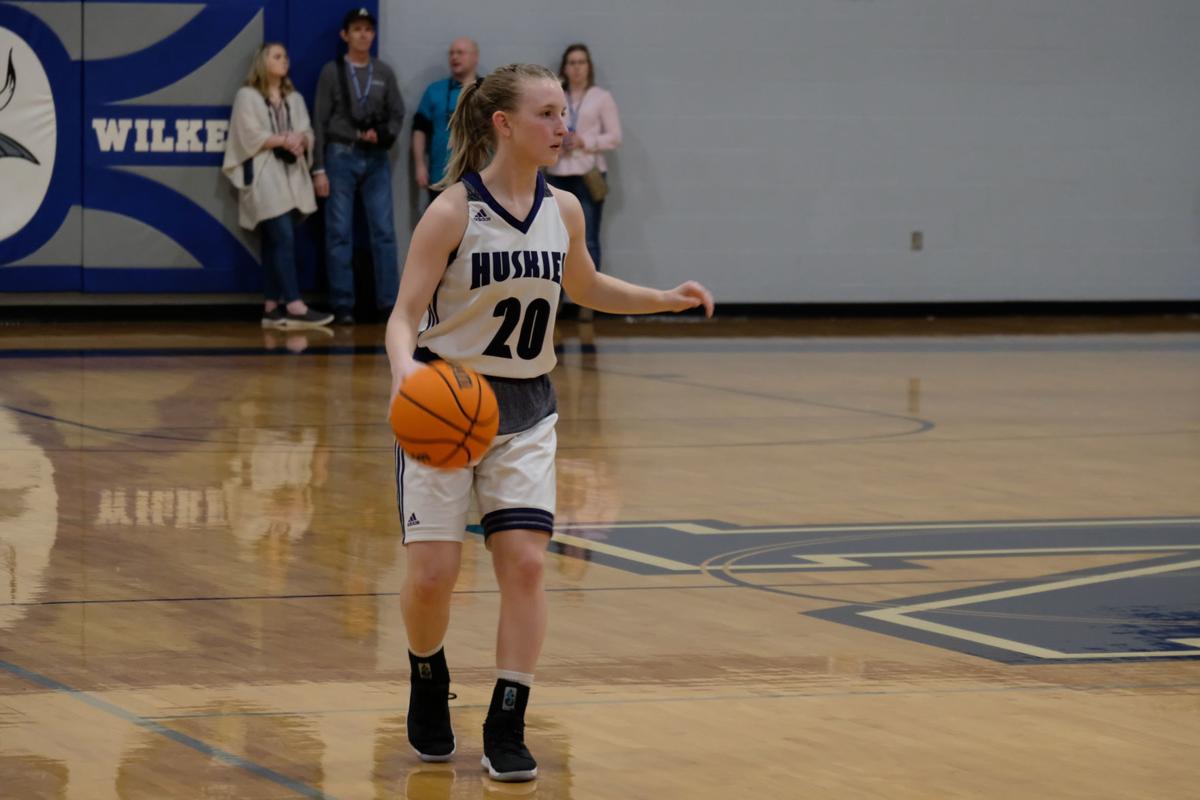 HAYS — At the neutral site of North Wilkes High School, the Ashe County Huskies girls basketball team took on the West Wilkes Blackhawks in the second round of the Mountain Valley Athletic Conference Tournament Tuesday, Feb. 18, with the Huskies getting the 46-38 comeback win.

Only a week earlier, the two teams faced off in West Jefferson at the Huskies’ (19-5) senior night, with Ashe winning 52-47. The win set up the Huskies with the top seed, while the Blackhawks (18-6) went from tied for first to the fourth seed.

Turnovers on the Huskies’ first two possessions quickly became a 5-0 lead for the Blackhawks. Kickstarted by a three from Kenadie Hudler, the Huskies cut out the turnovers and solidified their defense. Still, West Wilkes led 9-7 after the first quarter.

While the Blackhawks found their comfort zone outside of the arc, the Huskies struggled to get shots to fall in the paint. West Wilkes was able to build on their lead while the Huskies tried to keep things together. Fouled on a last second shot from halfcourt, Hallie Treva stepped to the line for the Huskies with three attempts from the stripe. Making only one, Ashe went into halftime down 20-16.

“West Wilkes started out pretty strong defensively,” Head coach Brianna Ashley said. “I told (the team) at halftime, ‘that’s probably the worst offensive half that we’ve had.’ I attribute it to West Wilkes’ defense, they played great defense, and the shots we had inside just weren’t falling.”

West Wilkes started the second half with a 9-3 run, building up a 10-point lead. Treva responded with five points on her own, demolishing the deficit. After watching their tournament run nearly end, the Huskies went into the fourth quarter only down 29-26.

“Katie Woods, Bella Powers and Gwyneth Woods went in the game and that is the group that started the comeback,” Ashley said.

Back to back threes from Treva gave Ashe a 32-29 lead with just under 6 on the clock. Treva took over in the fourth quarter, on her way to a monsterous 23-point outing.

“Hallie Treva completely took over in the fourth quarter,” Ashley said. “She had 11 points in the fourth. When we have been in trouble, who do we want to have the ball? We want the ball in Hallie’s hands.”

The Huskies relied on foul shooting down the stretch, with Treva, Hudler and Jayden Jones among those to chip in.

With the win, the Huskies sealed the 2-1 season series win over the Blackhawks, but more importantly, a spot in the MVAC Tournament final on Friday, Feb. 21.