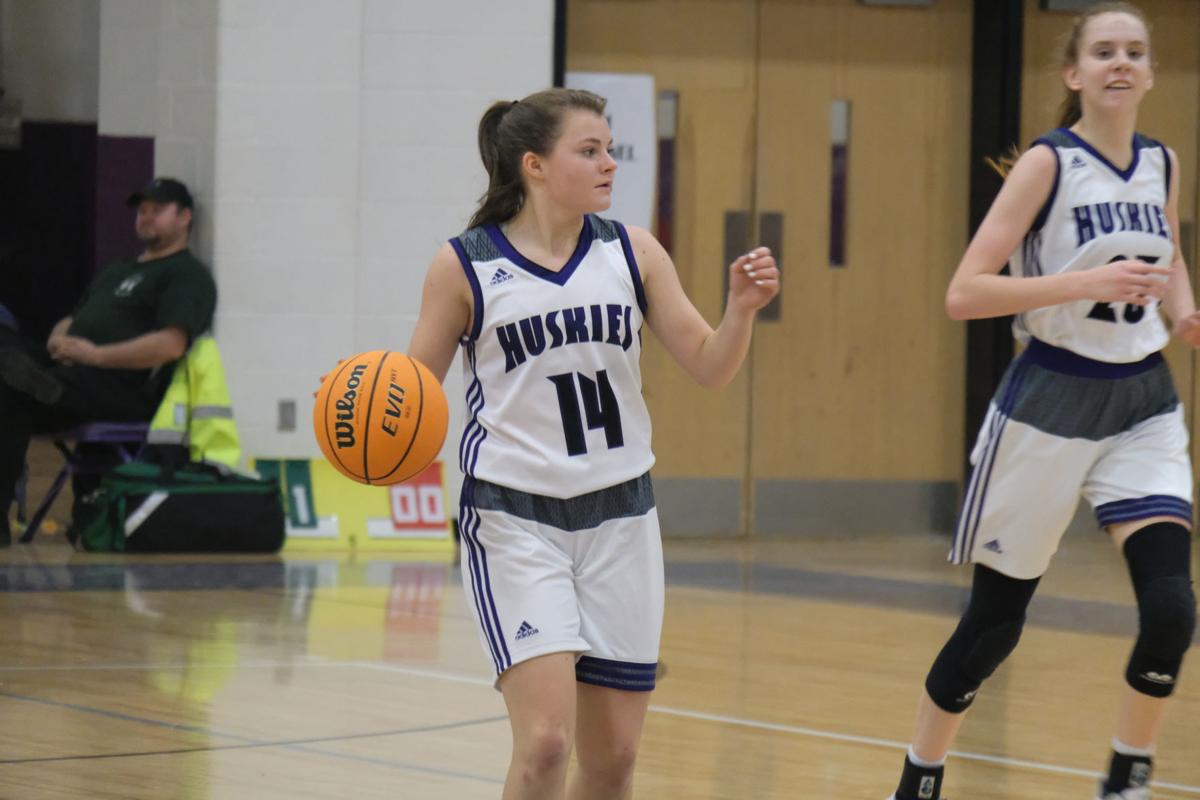 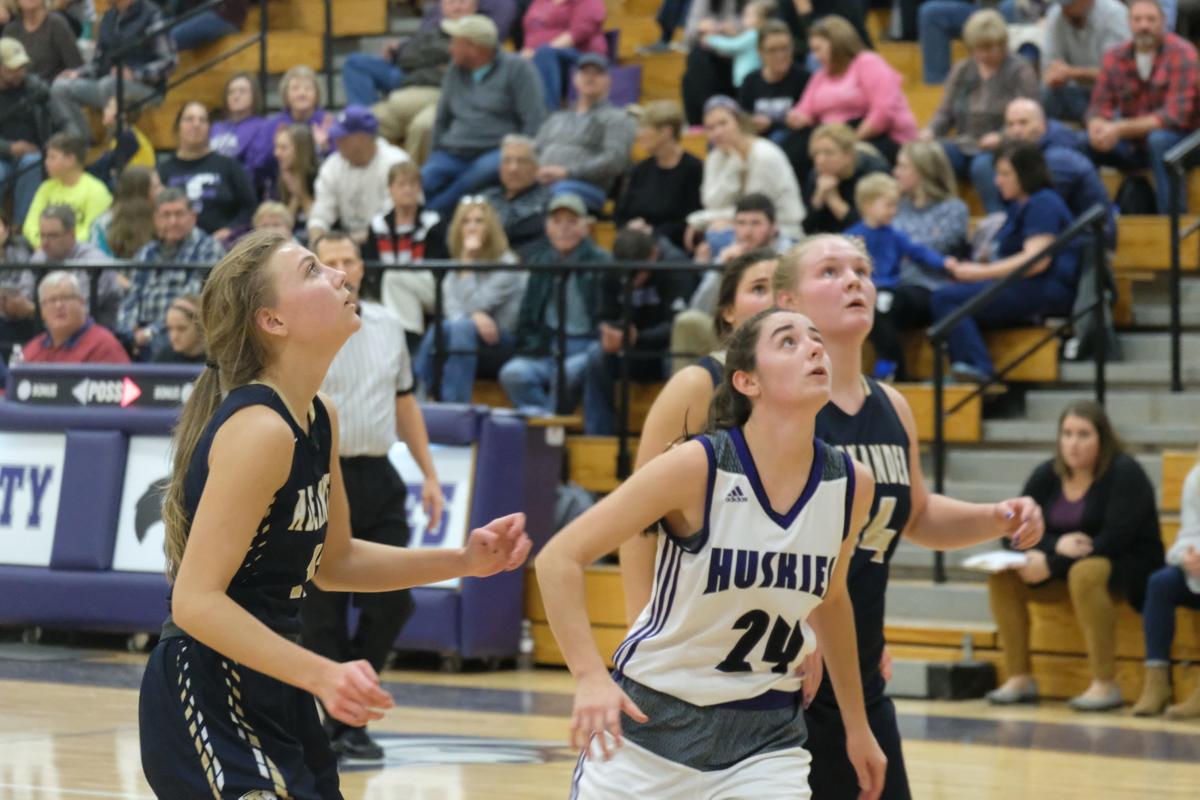 Hallie Treva (24) gets ready to go up for a rebound against two Alexander Central players.

Hallie Treva (24) gets ready to go up for a rebound against two Alexander Central players.

WEST JEFFERSON —Basketball season is back, and the Huskies girls’ basketball team (2-0) got the 62-53 win in their home opener against the Alexander Central Cougars (1-1) Tuesday, Nov. 26. The team was buoyed by a 48 percent shooting night from beyond the arc.

The Huskies went into the game short-handed, playing without projected starter Kenadie Hudler. Head coach Brianna Ashley said Hudler picked up an elbow injury against Avery Nov. 19, and would have been able to play if a brace the school ordered had arrived in-time for the game.

The Huskies struck first and kept scoring early. Audrey Craven caught fire early, raining threes on the Cougars while the Huskies’ quick passing kept finding open looks for their shooters. Craven finished the game with 12 points, all coming from three-point land. In total, the Huskies went 12 of 25 from beyond the arc, good for 48 percent.

“We know we are a good-shooting team, but last week against Avery we couldn’t get anything,” Ashley said, referencing the Huskies’ 6 of 30 three-point shooting night. “That’s all we talked about in practice, ‘we can’t rely on the three-point shot.’ But, we hit the first one and they kept falling.”

Craven and Hallie Treva’s shooting helped the Huskies lead 16-10 at the end of the first quarter.

Treva, who dropped a team-high 27 points in the game, also lead the team with five steals. The Huskies’ clamped defense allowed only 13 points in the second quarter, as Ashe lead 35-23 at the half.

Ashe’s defense slipped in the third quarter, as the Cougars used the fast break to their advantage. This was helped by the Cougars out-rebounding the Huskies 45-33 and Ashe’s 21 turnovers. Alexander Central was able to get their deficit down to single-digits, with the quarter being the only one where they outscored the Huskies.

Despite being outscored, the Huskies held on to lead 47-39 when the fourth and final quarter rolled around.

The Cougars kept fighting, trying to get within striking distance of a lead. With just under two minutes left, Alexander Central was able to get the score to 58-52, but the Huskies were not going to let their lead slip. Outscoring the Cougars 4-1 in the waning moments of the game, the Huskies were able to pull out the 62-53 win.

Ashley said it felt good that the team played better in their second game, but more importantly, that 2-0 on it’s own felt great.