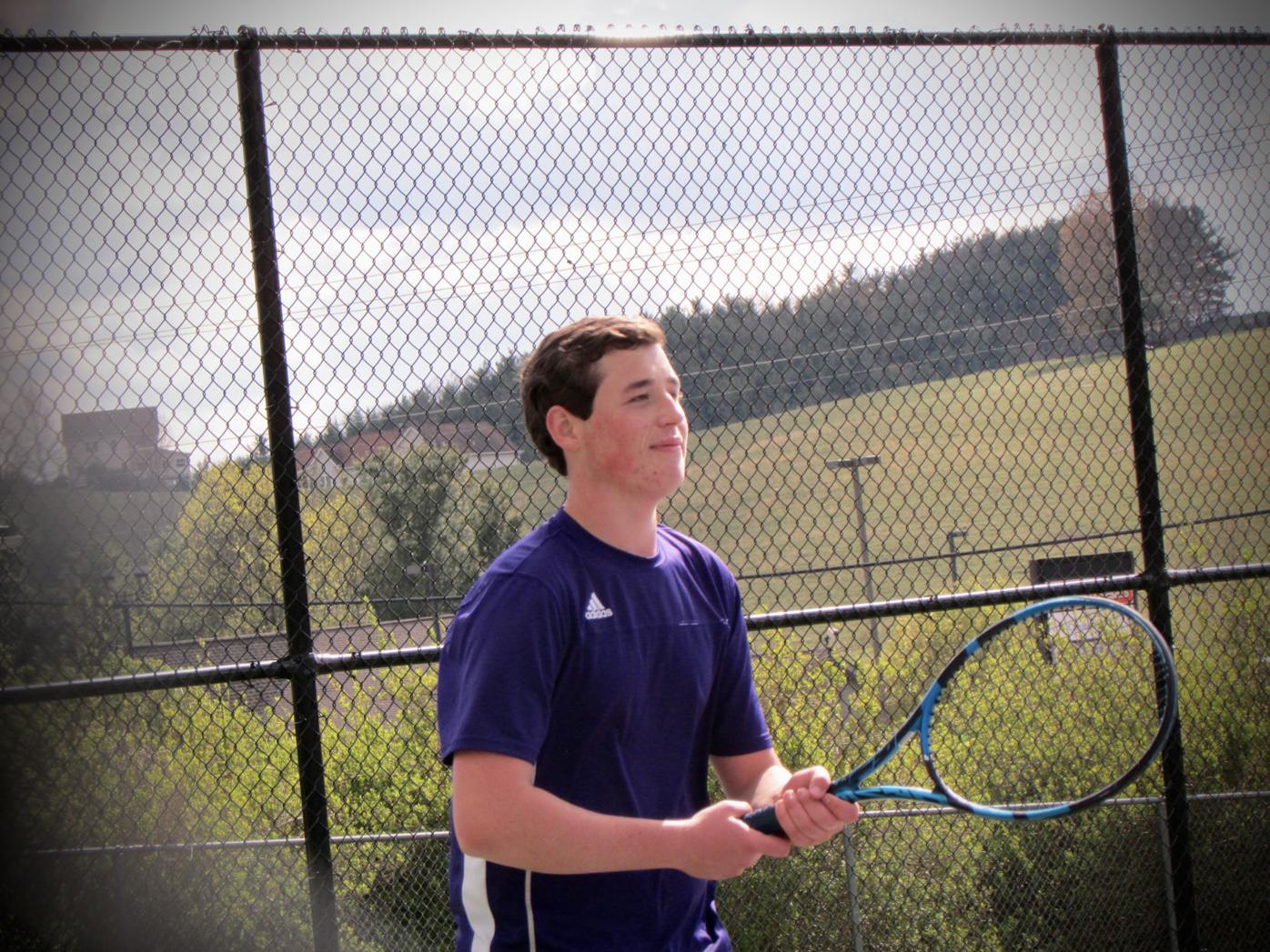 Jake Reavis, in a conference match on April 18, later came out victorious at the MVAC tennis tournament as Singles Champion on April 26. 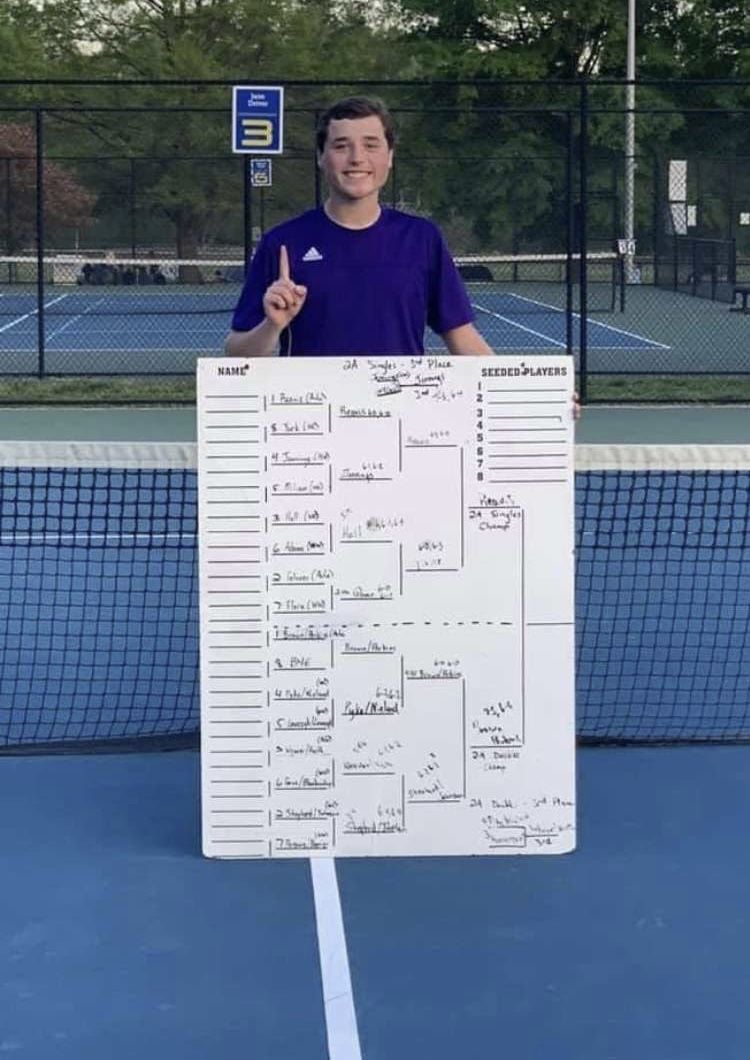 Jake Reavis, in a conference match on April 18, later came out victorious at the MVAC tennis tournament as Singles Champion on April 26.

ELKIN — After being seeded number one in the MVAC 1A/2A tennis conference tournament on April 26, Jake Reavis came out victorious, taking the title of Singles Champion.

Reavis began the tournament squaring up against Wilkes Central’s number four, Gage York. He quickly defeated the Eagle, 6-0 for both sets.

After the win, he went on to play North Wilkes’ Aidan Jennings. Reavis once again came out triumphant with two 6-0 sets.

In the final round of the championship, Reavis played fellow teammate and friend Baxter Glover.

He lost the first two games to Glover, but came back with fight and determination. Reavis won 6-2 in both sets.

“I am glad to say I came out victorious,” said Reavis. “I would like to thank my coach, Judy Moser-Smith for stepping up to coach our boy’s team and for pushing me to be a better player and guy.

“Also, I would like to thank Adam Smith and John Thompson at Deer Valley Athletic Club for all of the coaching and guidance, making me the tennis player I am today. Congratulations to all!”

The Ashe County High School boys tennis team will head to regionals on May 7 at Salisbury High School.

All six Huskies will be advancing to the regional level, something Reavis says he’s proud to say.