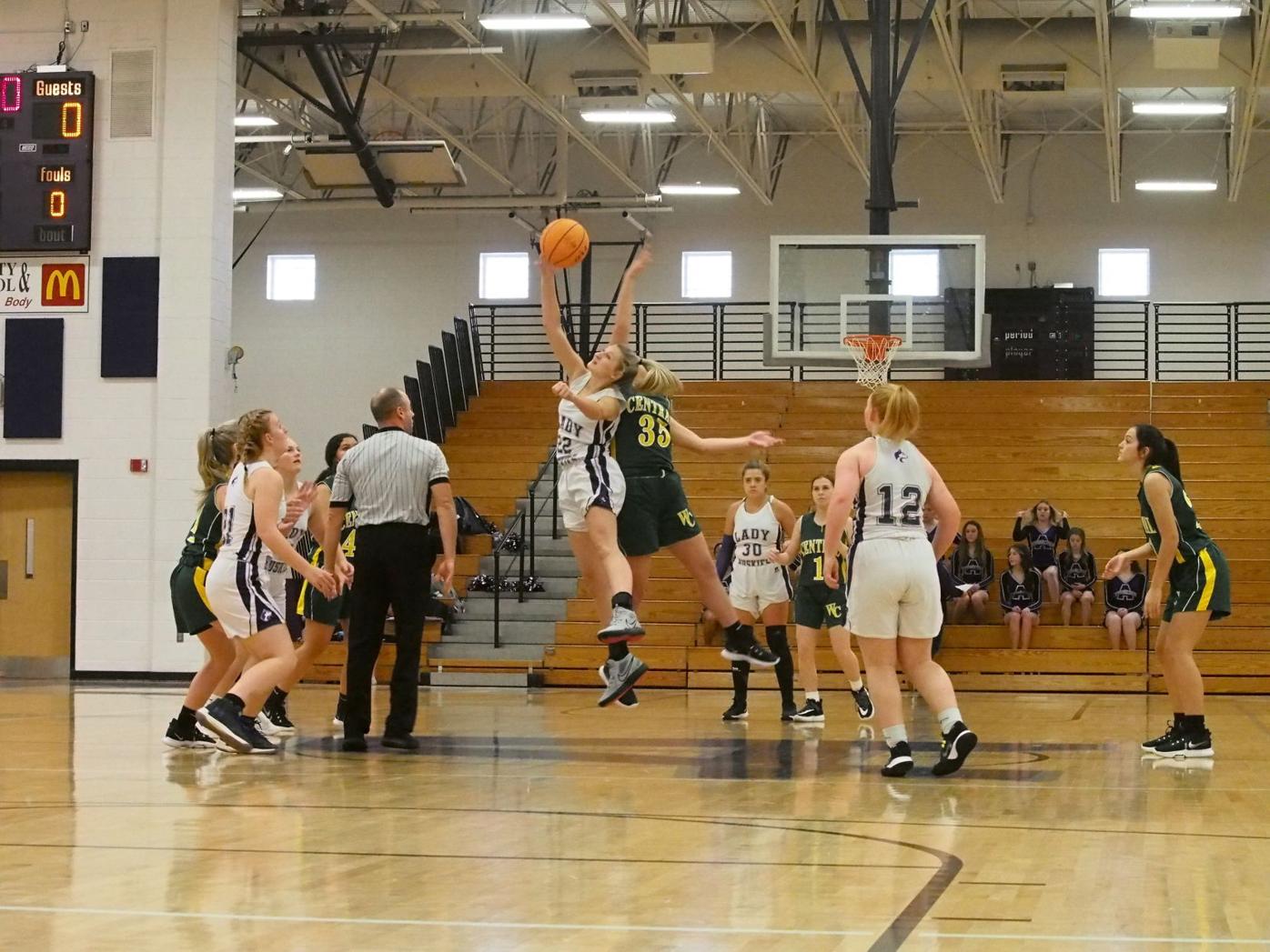 Abby Sheets gets the tip-off for the Huskies on Nov. 22. 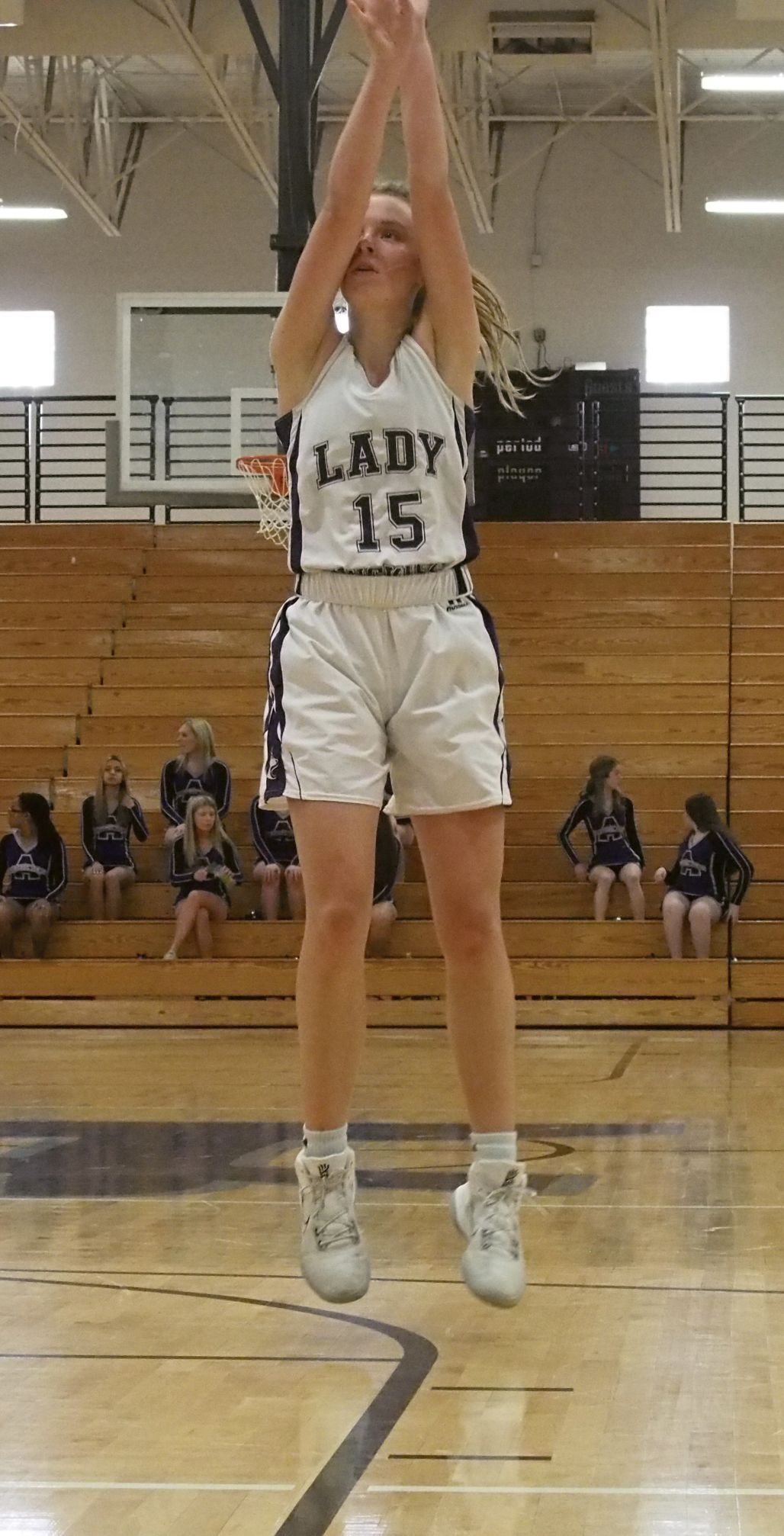 Katlyn French throws up a shot and is successful. 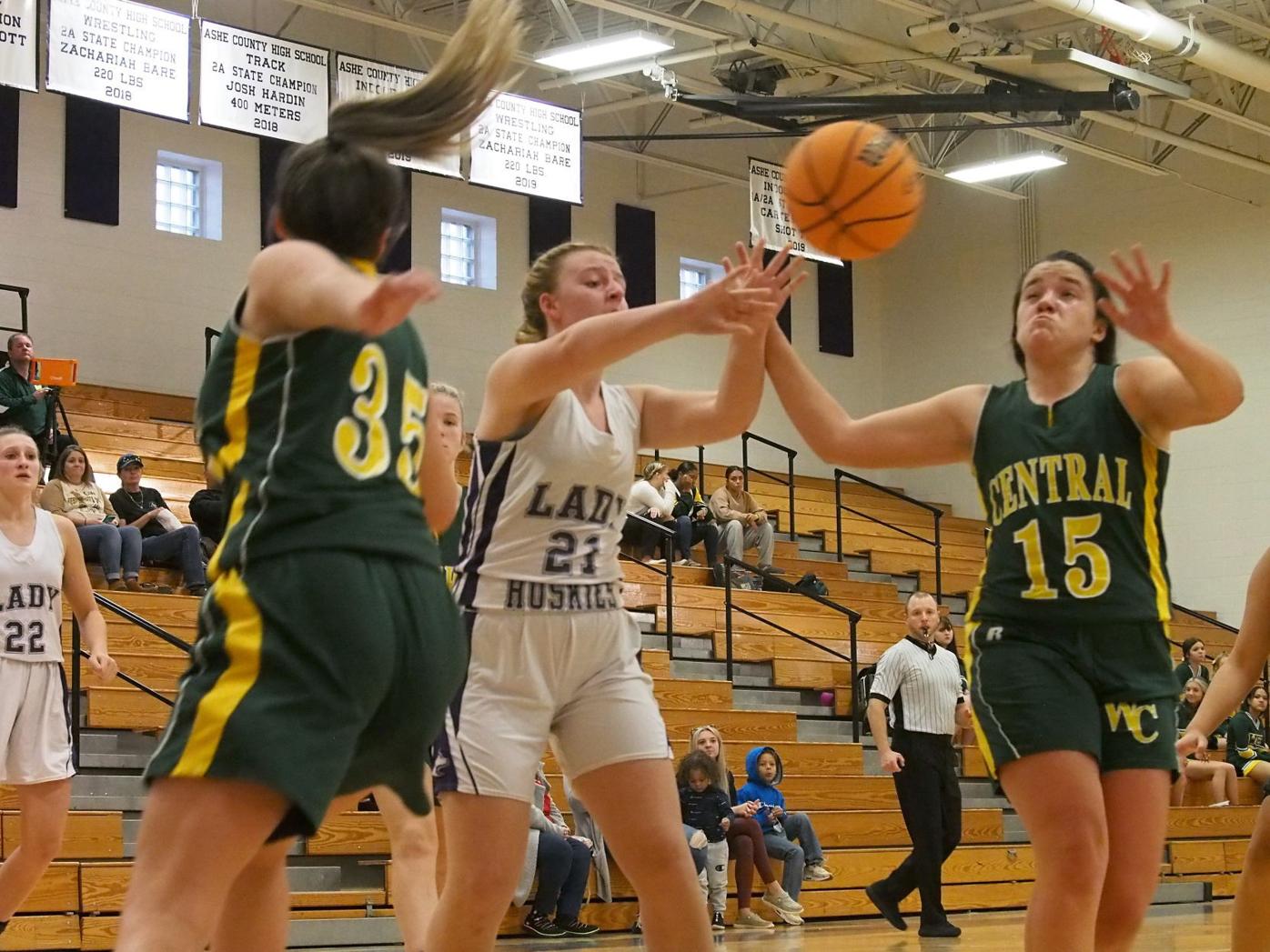 Hannah Osborne makes a quick pass under the net on Nov. 22.

Abby Sheets gets the tip-off for the Huskies on Nov. 22.

Katlyn French throws up a shot and is successful.

Hannah Osborne makes a quick pass under the net on Nov. 22.

WEST JEFFERSON — Monday, Nov. 22 saw the first non-conference game for the ACHS basketball teams and the JV girls came out with their first win, 49-30 against the Wilkes Central Eagles.

The newly stated JV girls saw a large advantage early on as they took the lead in the first quarter, despite the Eagles scoring first. Ally Greer then took a hand at scoring first for the home team. Ashe lead 10-5.

In the second, Ashe saw an even greater lead as they got more steals, free throws and rebounds. Abby Sheets had a hot hand with the ball as she took advantage of missed passes and uneasy dribbles from the Eagles. The Huskies led 32-17.

The third and fourth, much like the second, had a handful of shots from the Huskies, Sheets once again made her shots precise and straight into the net, as Central fell 49-30.