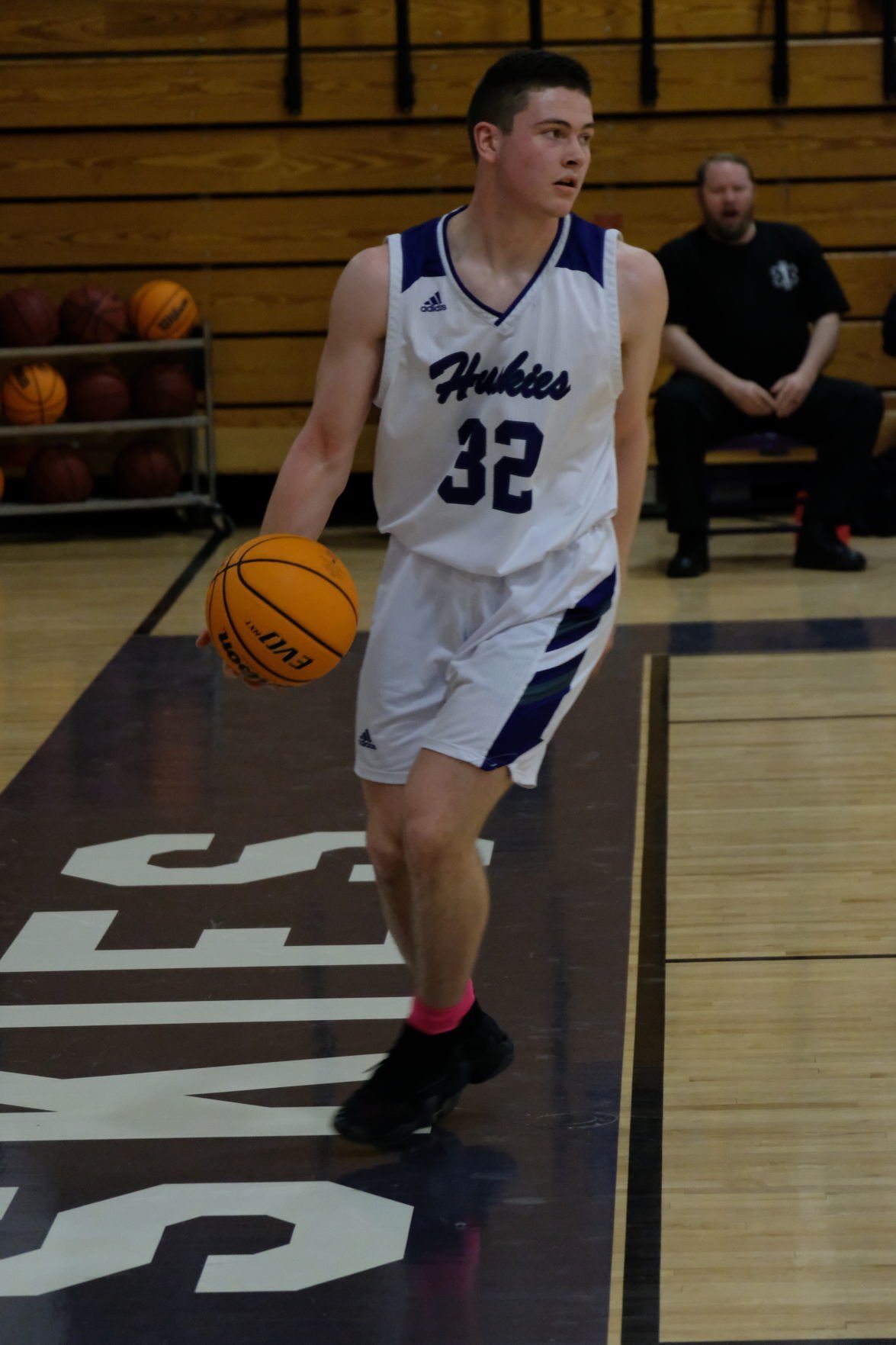 Ethan Ashley (32) gets an out of bounds ball against the Starmount Rams Jan. 24. 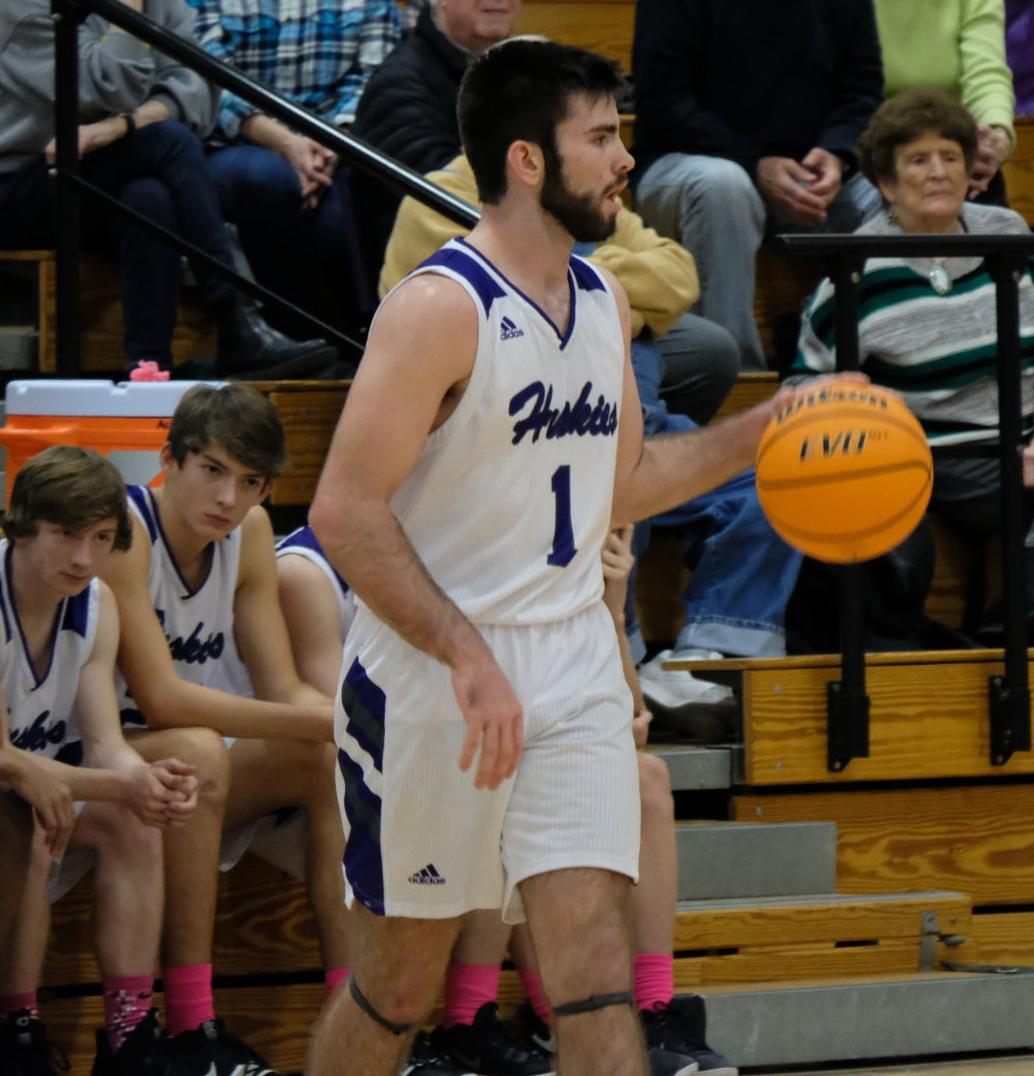 Austin Poe (1) looks for a teammate against Starmount Jan. 24.

Ethan Ashley (32) gets an out of bounds ball against the Starmount Rams Jan. 24.

Austin Poe (1) looks for a teammate against Starmount Jan. 24.

Things were not looking good early for the Huskies, as the Rams started the game with a 7-0 run in just over one minute. Austin Poe stemmed the bleeding, scoring the Huskies’ first points after one-and-a-half minutes, before the two opponents traded points. Big threes from Poe and Dawson Cox got the lead within one, before a steal and score from Cox gave the Huskies the lead. After the first, the Huskies lead 16-15 after an and-one from Colby Greer.

While Ashe was able to grab a late lead, the Rams came back in full-force. Starmount dropped 27 points on the Huskies in the second quarter, while Huskies struggled to match their offensive output.

In the game, Poe and Cox were the only Huskies to reach double-digits on the score sheet, while the Rams jumped out to a 42-29 lead.

After withstanding the might of the Starmount offense, the Huskies’ offense crumbled in the third quarter. Ashe only mustered five points in the eight-minute period, a symptom of four players not making a single shot from the field in the game. Starmount’s attack also slowed, but they still found themselves up 54-34 heading into the final quarter.

The Huskies found new life in the fourth, dropping 21 points on the Rams, who answered back with 18. Unable to pull off the comeback, the Huskies fell 68-55.

After the game, head coach Nathan Colvard said the lack of fight in his team was embarrassing.

“They hit us in the mouth and we just laid down,” Colvard said. “We did not respond well. I was pleased with the first quarter, but the second quarter was an embarrassment.”

The Huskies now look to a road game against the North Wilkes Vikings (5-14) Tuesday, Jan. 28.