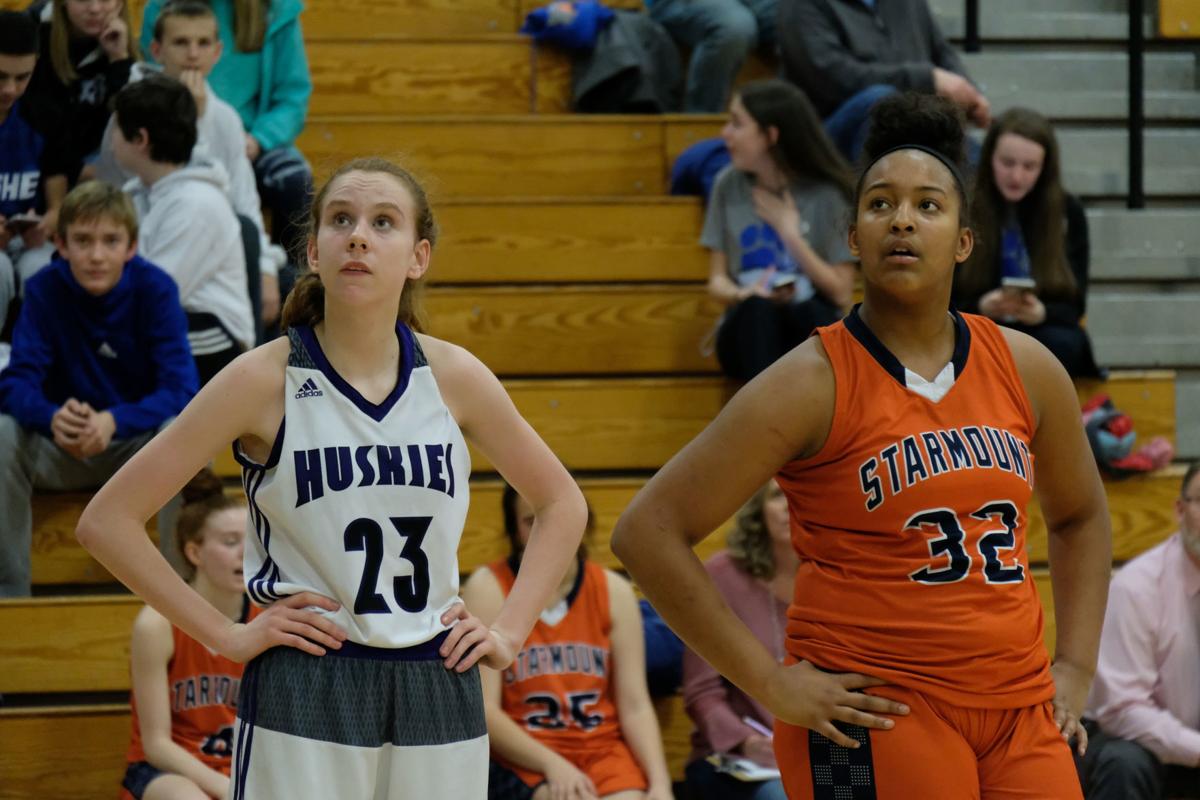 Jordan Jones (23) and Olivia Gwyn (32) wait for the second free throw in the Huskies’ win over the Rams Friday, Jan. 24. 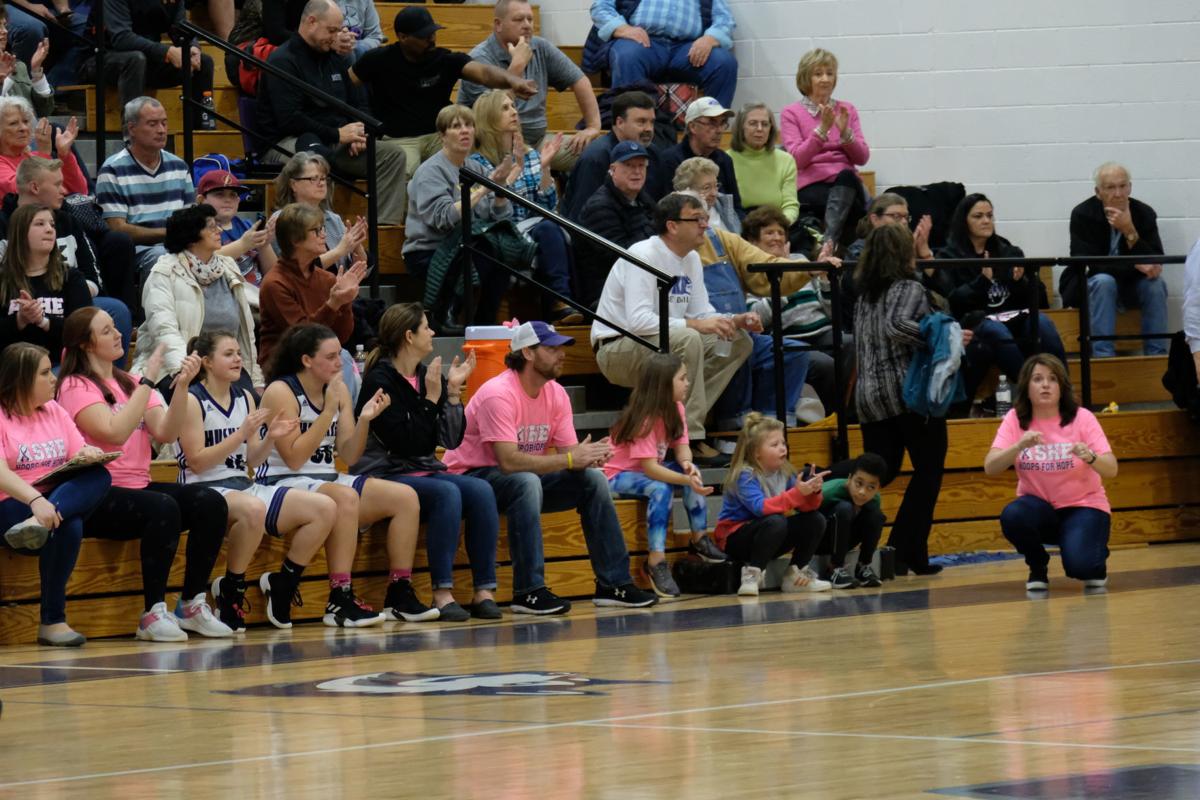 Jordan Jones (23) and Olivia Gwyn (32) wait for the second free throw in the Huskies’ win over the Rams Friday, Jan. 24.

WEST JEFFERSON — After a road loss earlier in the week, the Ashe County Huskies girls basketball team (12-5) returned home for a match-up with the Starmount Rams (5-12) Friday, Jan. 24, walking away with a 62-40 win.

The bout was the annual Hoops for Hope game, where players wore pink accessories and raised money for the Susan G. Komen foundation and breast cancer research.

Still without forward Rebekah Blair as she recovers from a hamstring injury, the Huskies were dealt another blow with the absence of guard Katie Woods, who missed the game with the flu, according to head coach Brianna Ashley.

Both teams started slowly on offense with neither able to get going. Starmount got going sooner, but a big three from Audrey Craven got Ashe back into the game. A clutch layup at the buzzer from Bella Powers gave the Huskies an 11-10 after the first.

With the momentum on their side, the Huskies continued to control the game in the second quarter. The Huskies were able to build on their slim lead and turn it into a 25-19 scoreline heading into the half.

In the third quarter, the Jones sisters took over. Jayden and Jordan Jones spent much of the period together on the court, scoring from inside and out while providing a lanky presence in the center of play. The pair combined for 23 points and five blocks

The Huskies proceeded to build on their lead and close out any hope of a Rams comeback effort, with every player getting on the score sheet by the end of the game. With 20 Points from Hallie Treva and both Jones sisters in the double digits, the Huskies rolled over the Rams for the 62-40 victory.

After the game, Ashley said that the team wins when every player gets on the score sheet, noting that they have to play unselfishly and get everyone involved.

The Huskies now look to a road game against the North Wilkes Vikings (10-9) Tuesday, Jan. 28.