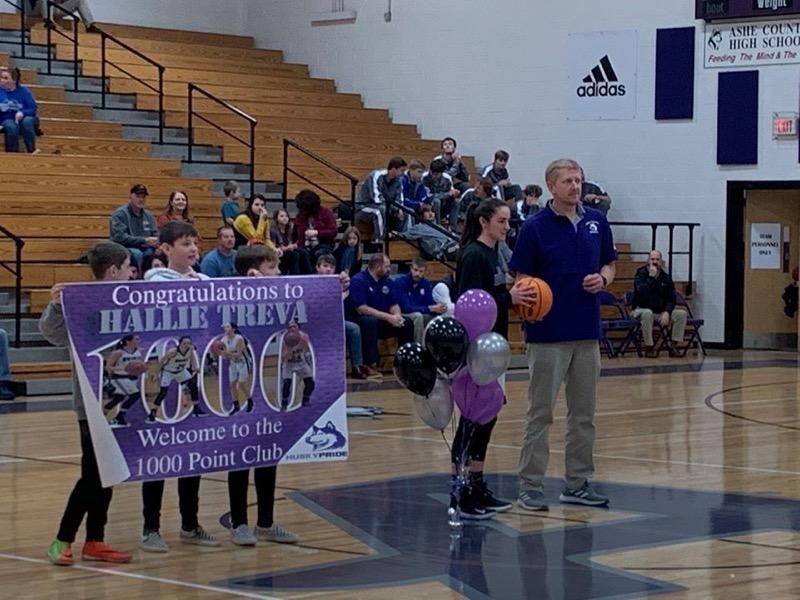 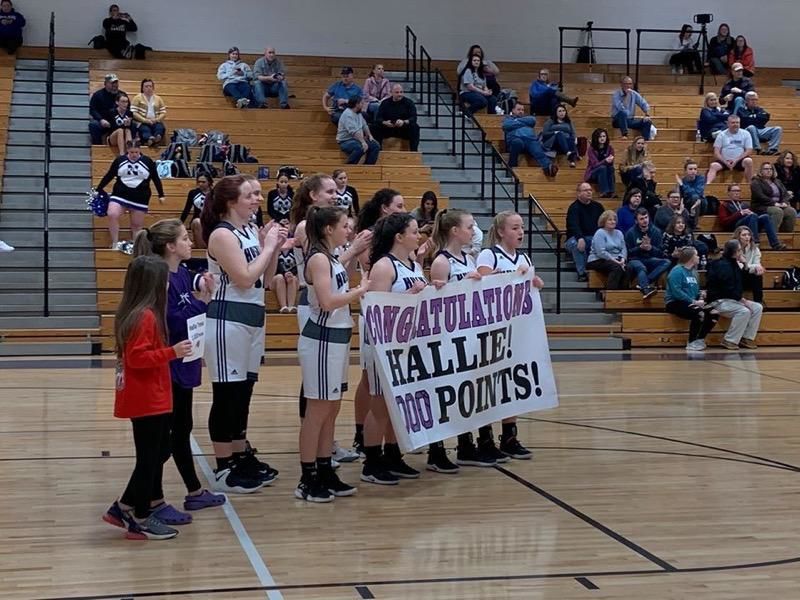 WEST JEFFERSON — For the fourth time in its history, a member of the Ashe County girls basketball team has reached the milestone of 1,000 career points, with senior wing Hallie Treva now a member of the exclusive group.

Treva reached the four-figure mark in a road game against the North Stokes Vikings Dec. 27, 2019.

“We knew coming into the season she lacked somewhere around 150 points to reach 1,000,” Huskies head coach Brianna Ashley said.

Going into the game, Treva needed four points to hit the mark, but it took some time before the shot finally happened. Treva found herself on the precipice after she was fouled on a made three-point shot. A single free throw on a rare four-point play sealed it, and Treva cemented herself in Huskies history.

The game took place at Starmount High School in Boonville as part of the Bojangles Holiday Classic event. When the Huskies returned to West Jefferson to face the North Wilkes Vikings Jan. 3, Treva was honored by teammates, fans and family alike before the game.

“My team this year is amazing, they always give me the ball when I need it and I give all the credit to them to get me to 1,000,” Treva said. “I love basketball, so I don’t really care about the points I honestly don’t know how many I had in the game, I just know we won the game. I just play basketball.”

Ashley added the fact that Treva was challenged to step up as a leader this season. She said Treva, being the team’s only senior has responded well, and her teammates look to her as a leader on and off the court.

Ashley said the program was spoiled to have two thousand-point scorers in quick succession.

“We’re really blessed, we’ve got girls who put a lot of work and time into basketball,” Ashley said. “For me, this is my second year as a coach, it was great to have that kind of scoring ability.”

The four-year varsity player is averaging 17 points per game from 40 percent shooting from the floor as of press time. Treva is currently mulling offers from around 10 schools to play at the next level, with no decision yet. Treva said she wants to decide sometime in the next few weeks, but has until some time in February to make it official.